March 26, 2014 - “Data centres are extremely power hungry; so the operating cost of energy is a big consideration in a business case,” said Pete Hegarty, director of technology strategy for Telus, as he described how the company planned for the Kamloops Internet Data centre back in 2008. 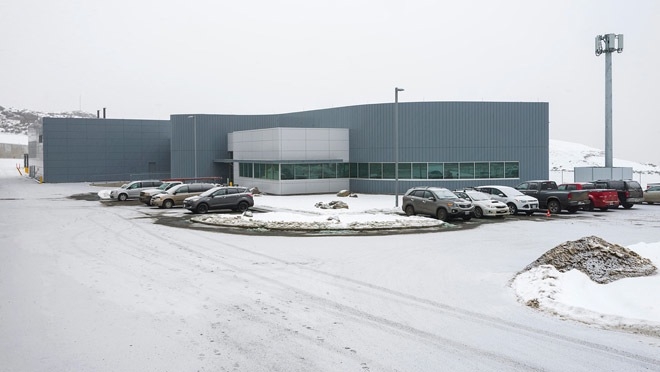 Built to Leadership in Energy and Environmental Design (LEED) Gold and Uptime Tier III standards, construction on Telus data centre began in June 2012. According to the company, British Columbia was chosen for its clean hydro power, and Kamloops for its climate and low earthquake risk.

Determining the baseline energy use for the centre was a challenge. Power Smart worked with various stakeholders to develop the “New Data Centre Energy Efficiency Baseline Guide,” which allowed comparisons of different technology options to determine how they would affect the new centre’s efficiency.

Which conservation measures would work best?
Energy modelling was used with the assistance of BC Hydro’s New Construction Program to look at interactions between the building systems. The result—a list of eight conservation measures estimated to save more than 3GWh of energy, which amounts to approximately $190,000 in saved electricity costs per year for Telus.

One measure is the use of outside air to cool the centre, so that additional chilling is only required for about two weeks a year.

“We looked at efficiency from both the data centre facility side and the IT equipment side,” said Hegarty. The goal was 80% energy efficiency savings on the facility’s operations.

“An average legacy data centre site today has a power utilization effectiveness of 2.0, meaning for every kilowatt of IT power they consume [power used by a server or computer that is generating IT services], they require another kilowatt of support load,” he said. “The Kamloops site is at 1.15, so the overhead required to support the IT load, primarily cooling, is now only 15% instead of 100.”

Hegarty noted that taking an integrated design approach was key to finding efficiencies.

The partnership with BC Hydro
Developing the new Telus centre was a multi-year project that drew in support from multiple BC Hydro teams, including the major customer projects team, future systems regional planning teams, New Construction Program and Power Smart Engineering. Key accounts and the major connections team continue to support Telus as it works on subsequent building phases.

He noted that the data centre’s “innovative” design has been used for a Telus data centre in Quebec as well, but “in our next module, we’ll try to make it even more efficient”.