January 24, 2016 - Habitat for Humanity Canada has partnered with Cossette, Mega Bloks and the Interior Design Show to build a life-sized home made entirely out of Mega Bloks... 35,000 of those bricks, in fact. 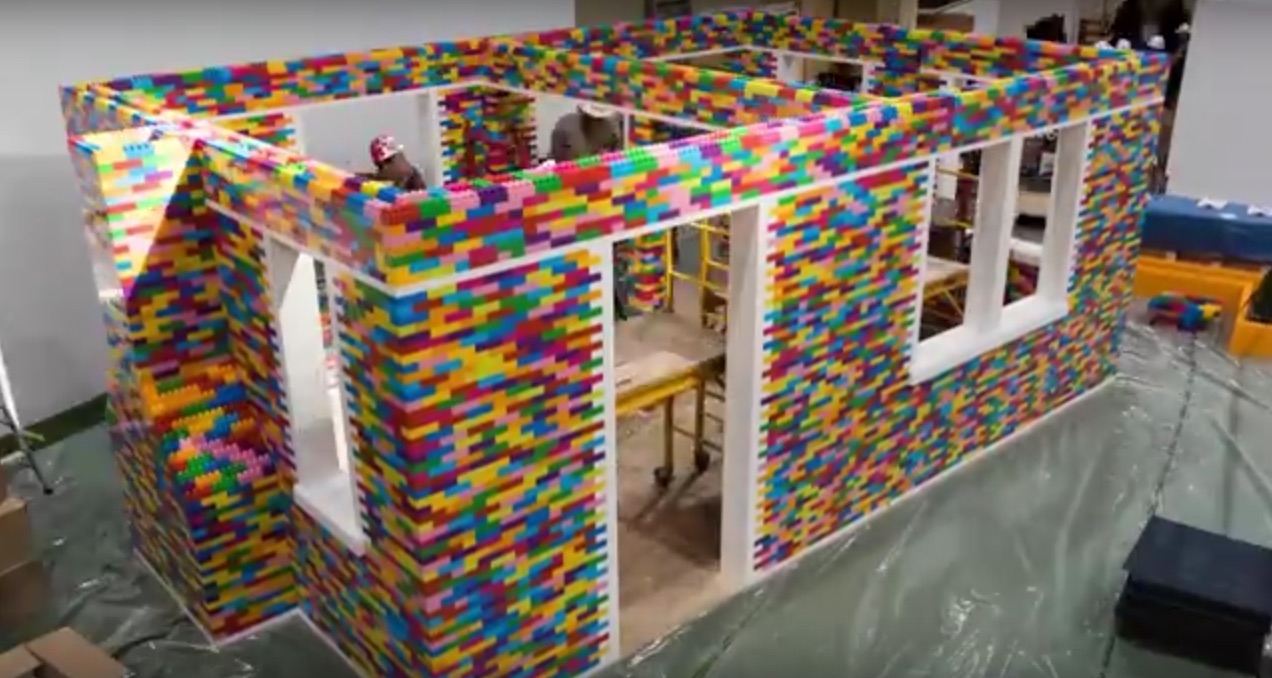 Helping out with the life-sized home was brick artist Graeme Dymond (a.k.a. BrickManGraeme), who came up with the initial brick-built design for the house over a period of several months, including building a 1/4 scale model (using 38,000 pieces) as a test. At over 2600 cf, the Mega Bloks house represents the largest single piece that Graeme has ever created.

CHECK OUT the Mega Bloks build time lapse video above.

Habitat Canada hopes the Brick for Brick campaign will raise awareness of the issue of affordable homeownership and drive donations. When you donate, you are donating a ‘virtual’ brick, which helps Habitat Canada buy real bricks. In turn, those bricks add up to build a home.

The house is on display at the Interior Design Show at the Metro Toronto Convention Centre, which runs from January 21 to 24.

Related
VIDEO – Partners in Project Green launches 2012 Awards (June 2012)
VIDEO – What would you do with over $100,000?
Encycle closes $11.5 million funding round for its RTU solution
Have you heard about caloric refrigeration systems?
Tags