March 15, 2017 - Alectra Utilities has announced it is "Canada’s first electricity distribution company to earn the ISO 50001 Energy Management System Certification from the International Organization for Standardization". 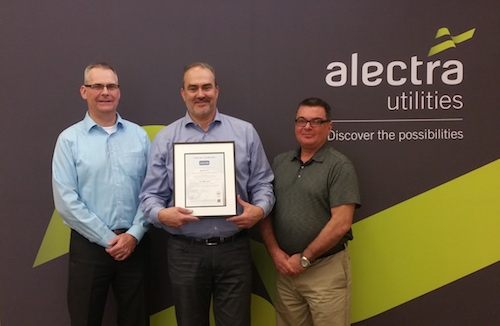 The ISO 50001 certification process began two years ago, with the implementation of a “more integrated and systematic approach” to energy management, the utility says. This included upgrading windows at all facilities, replacing aging HVAC systems, installing new roofing and switching to more energy-efficient lighting.

Alectra stated future projects and initiatives are also being planned to improve energy conservation and performance.