November 21, 2013 - The Building Owners and Managers Association of the Greater Toronto Area (BOMA Toronto) is the recipient of Energy Project of the Year (Canada Region) award from the Association of Energy Engineers (AEE) for its former Conservation and Demand Management (CDM) Program, which it says acknowledges “achievements being made in energy by identifying those who exemplify the very best in their fields”. 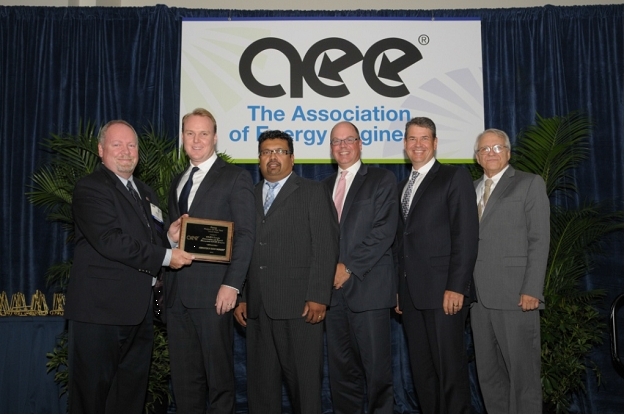 Funded by the Ontario Power Authority (OPA), the BOMA CDM Program accepted applications between March 2007 and December 2010 and officially wrapped up in 2012. While helping to meet provincial energy demand reduction targets, the program sustained an average annual growth of 100% in savings over four years, with its last quarter performance resulting in 13MW of conservation. By the end of 2010, the BOMA CDM Program successfully delivered over 50MW of conservation, making it one of the best performing CDM programs ever delivered to the Ontario market, it claimed.

“With the culture of conservation in Ontario shifting, and the general public becoming even more aware of the importance of energy efficiency, BOMA Toronto is pleased to receive this award, and continue playing an important role in bringing awareness to CDM and sustainability in general,” said the association.

The award was presented at the 36th World Energy Engineering Congress in Washington, D.C. Last year, BOMA Toronto received a national recognition from the Canadian Society of Association Executives for the same program.

“BOMA Toronto is honoured to receive this award. It reinforces how committed we are to energy conservation in Ontario,” said Chris Conway, president and chief staff officer of BOMA Toronto.

“BOMA Toronto’s Conservation and Demand Management program and ongoing commitment to conservation sets a great example for industry associations across the province, and is something we are looking to see more of going forward. Congratulations on a job well done,” added Bob Chiarelli, minister of energy.