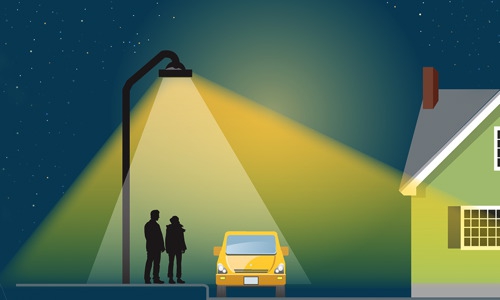 Two years ago GE began planning with the City of Calgary’s Department of Transportation to replace and upgrade existing streetlight fixtures with LED technology. Earlier this month, the municipality announced it is almost finished phase one of the project.

According to GE, 99 residential neighbourhoods are now being lit up with LEDs from Current, powered by GE, and crews will be replacing about another 10,000 streetlights in the downtown core over the summer months.

Once the lights have all been installed in central Calgary, the program will be 50% complete, GE said.

Calgarians can expect to see lights being replaced in the Beltline, East Village, Chinatown, and the commercial core after the sun goes down throughout the summer and fall. In November, the crews will move back to installing in residential areas.

“Our new LED lights have made a significant difference in night-time visibility, and these lights will save Calgarians money in both electricity consumption and lifecycle maintenance,” said Troy McLeod, director of roads.

Once the program is complete, over 80,000 LED lights will be installed, saving the city over $6 million in annual maintenance costs, GE said, and energy consumption will be half when compared to the previous lights.