February 9, 2015 - The owner of Jim's Clothes Closet — a small, successful men's clothing retailer on Vancouver Island — knows that upgrading to longer-lasting and more energy-efficient lights is one of the best ways he can save money on his BC Hydro bill. In B.C., lighting typically makes up about 48% of a small retailer's monthly energy consumption.* 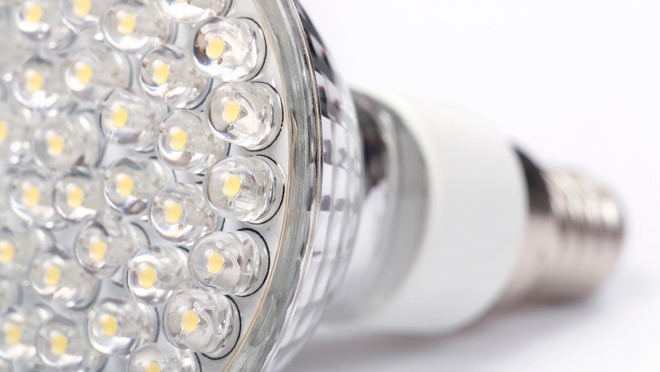 That’s why owner Don Ferster has completed lighting upgrades at three stores in five years: the first at his flagship store in Port Alberni, the second at his store in Courtenay, and, most recently, the third at his Campbell River location.

“Finding little ways to save money is how a small business stays in business,” says Ferster.

Those are wise words from a retail veteran.

Before signing a lease, owner scrutinized lights and light fixtures at potential locations

“When I decided to open a store in Campbell River, I visited a handful of potential locations and made a point of looking closely at the lights in each location,” says Ferster.

He had a checklist. Were the lights energy efficient? If not, how out of date were the lights and fixtures? Would they be easy to replace? How long would an upgrade take?

“Once you know who to talk to and the right questions to ask, completing a small lighting upgrade is pretty straightforward,” Ferster points out.

In the end, he decided on a 2000-sq ft store with halogen lights, but lots of natural daylight. He knew he would eventually upgrade to LEDs, which are two to three times more energy efficient than halogens. Daylighting practices helped sustain Ferster and his team through the summer months, but once fall arrived, the store fell dark.

“It was a bit too dark for retail,” comments Ferster. Then, like clockwork, the store’s halogen lights started to burn out.

“Burnt-out light bulbs are a pet peeve of mine,” says Ferster with a smile. “So when my store manager mentioned that the halogens were burning out left, right and centre, I decided to get the ball rolling and redo the lights.”

The lighting upgrade at Jim’s Clothes Closet in Campbell River is one that a lot of retailers could do: Ferster replaced 124 halogen bulbs with LED bulbs. The lighting installation took 10 days and the upgrade qualified the store for a $1,562 Power Smart incentive.

The incentive, combined with a projected annual cost savings of $1,780 per year, give Ferster an estimated payback period of just nine months. It’s a solid return on investment, as far as he’s concerned.

PHOTO: When Don Ferster started looking for a location for a Jim’s Clothes Closet in Campbell River, he looked closely at lighting costs. Leaning on natural light at the chosen location, and supported by Power Smart incentives on LEDS, he was able to fine-tune an upgrade to save $1,780 in annual electricity costs. The lighting investment will be paid back in nine months.