October 25, 2016 - Campbell Window Film, recognized by 3M as the 2015 National Window Film Dealer of the Year in the States, has announced that after installing 3M window film throughout the Howard Hughes Centre, which consists of five commercial buildings in Los Angeles, annual energy consumption is expected to be reduced by over 10%—2,059,195 kWh in yearly energy savings. 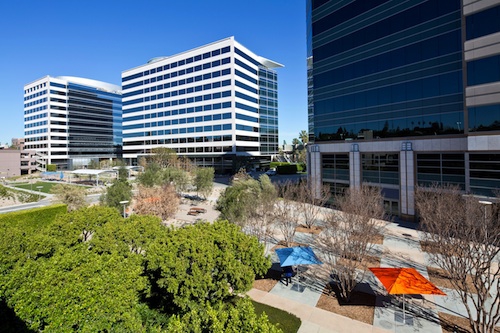 The Los Angeles Better Buildings Challenge (LABBC) is part of a national competition to demonstrate 20% energy and water savings by 2020 in existing buildings and the Howard Hughes Centre took up this challenge with a solar window film installation.

Before installation took place, Campbell Window Film was tasked by the building’s management team with demonstrating the energy-savings and monetary benefits of installing window film.

“We did test panels, proof-of-technology tests and BTU readings. We ran an energy analysis for each of the five buildings which showed a huge potential energy savings,” said Brad Campbell of Campbell Window Film.

The results were then analyzed and verified by a third-party energy consulting firm.

The estimated annual savings are approximately 10.51% of the annual energy costs

“It really doesn’t make sense NOT to do it,” Campbell said.

“I expect the tenants are happy knowing that the Howard Hughes Centre is working hard to offset the ever-rising costs of electricity and mitigate rate hikes,” Campbell added.