January 26, 2016 - One of our own has started his term as the 2016 chair of the ASTM International board of directors: Ralph Paroli of the National Research Council of Canada (NRC) in Ottawa, Ont. 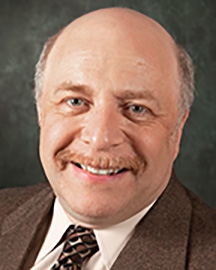 “I am honored and humbled to have this opportunity to serve as chairman for 2016,” Paroli says. “As a citizen of Canada and France, I know first-hand that ASTM’s international membership have never been more crucial to helping our world work better.”

ASTM’s board is made up of 25 leaders from an array of companies, associations and government bodies worldwide. In addition to NRC, this includes Dow Corning Co., Johnson & Johnson, BP America, the Standardization Organization of the Gulf Cooperation Council, and many others.

Since 2013, Paroli has served as a research and development director in Measurement Science and Standards at NRC, ASTM notes. Prior to that, he was director of Building Envelope and Structure at NRC’s Institute for Research in Construction. He has more than 30 years of experience in spectroscopy and thermal analysis, ASTM says, including over 20 years of experience related to roofing.

An ASTM member since 1994, Paroli has served on its board since 2011. He is a past chair of Committee D08 on Roofing and Waterproofing, and a member of D11 on Rubber and E60 on Sustainability. He also served a term on the ASTM Committee on Standards, the body that reviews and approves all technical committee recommendations for actions on standards.