March 18, 2016 - The Consortium for Energy Efficiency (CEE) recently released its 10th annual industry report, reflecting “the increasing importance of efficiency and demand response for managing energy and benefiting customers and society” within Canada and the United States. 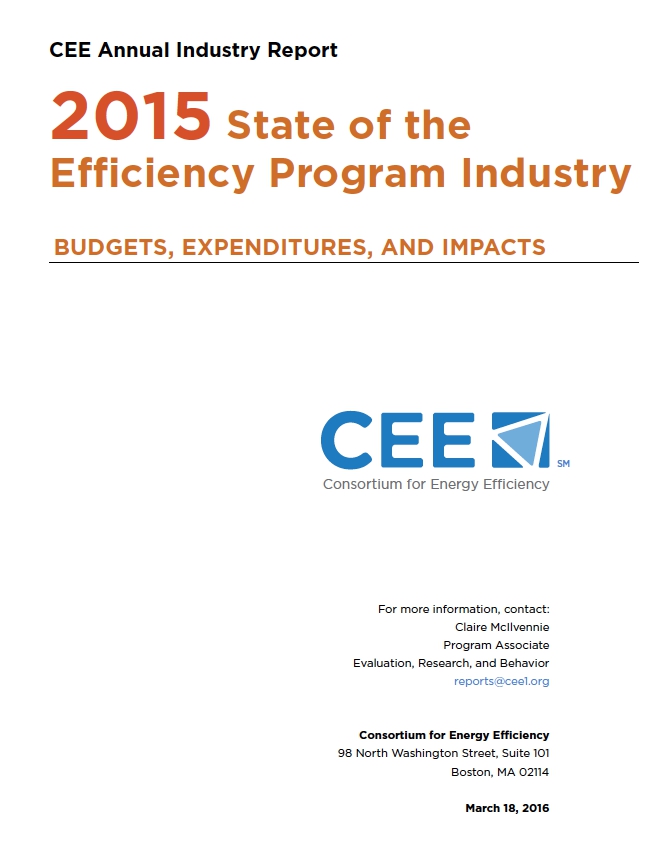 Total expenditures from all funding sources on gas and electric demand-side management (DSM) programs in 2014 rose 9% over 2013 to $8.7 billion, the report states. Year over year respondents demonstrate a 7% increase.

Highlights of the report include:

• Electric efficiency programs in Canada and the U.S. resulted in an estimated incremental savings of 27,500 GWh.

• Natural gas program expenditures in Canada and the U.S. rose to just under $1.4 billion, in a time of historically low prices.

“To meet grid reliability and resiliency objectives, the importance of demand response to demand side management is growing alongside efficiency,” pointed out CEE executive director c. “As a result, CEE asked demand response program administrators to report the number of events called for each of their DR programs, along with attributes for each event. Through efforts like the Annual Industry Report, we’re defining the DR baseline more precisely.”

The growth of energy efficiency and demand response is a testament to the attractiveness of demand side management as a clean energy resource, the report notes, with all the social and utility benefits resulting from program offerings.

The 2015 Annual Industry Report represents data from the majority of large efficiency program administrators—eight Canadian provinces included. It says it is the most extensive known research on energy efficiency program funding and impacts.