November 10, 2011 - There’s now a more cost- and energy-efficient light at the end of this tunnel.

The Detroit Windsor Tunnel, a subterranean passage connecting Canada and the United States, claims it has reduced overall electricity costs by 72% by upgrading its lighting fixtures to include McGraw-Edison Valet LED Luminaires from Cooper Lighting. 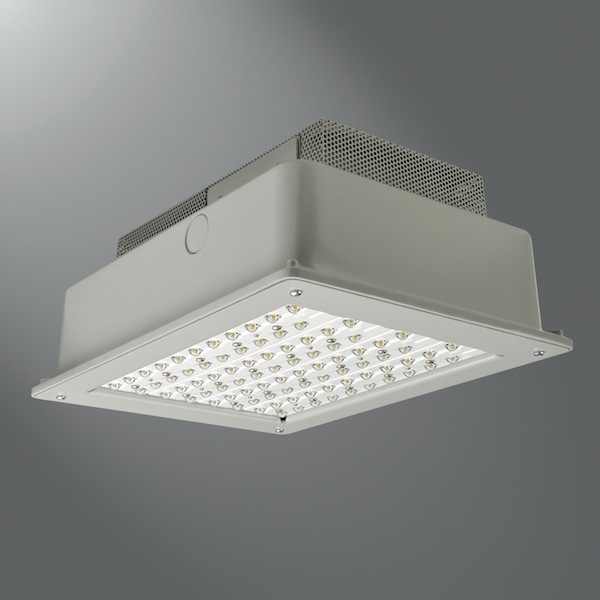 Before deciding on an LED solution, the operation first called upon the University of Windsor Research Collaboration to study the tunnel. After spending three days underground, it became apparent that the current lighting system, relying on metal halide fixtures, was a major cause for concern, it said.

“Costing more than $160,000 each year, the system wasn’t just expensive; it was also inefficient. The Collaboration recommended that the Detroit Windsor Tunnel update to a more efficient system,” said the university.

From there, Cooper Lighting, working alongside Motor City Electric, selected the McGraw-Edison Valet LED Luminaire, calling it the “ideal solution” for the project. According to Cooper Lighting, the luminaire features a rugged and low-profile housing, incorporates patent-pending, modular LED LightBar technology for performance and energy efficiency. Its one-piece, die-cast aluminum housing and heavy wall construction offers heat transfer and performance for temperatures ranging from -30°C to 40°C.

“This project has been an incredible opportunity for us to show how choosing Cooper products can help increase overall efficiencies and performance,” said Mark Eubanks, president of Cooper Lighting. “We’ve been able to showcase both the great products we offer and our ability to adapt to each specific situation and deliver superior results.”

In addition to providing ample lighting, the Valet LED fixtures helped decrease overall energy dependency, said the company, adding that due to slow warm-up and cool down periods, the previous metal halide fixtures needed to be placed every 20 feet on center to allow for maximum coverage.

While the projectInitial findings show the overall number of fixtures has decreased to 480 from 570, wattage use per hour has dropped to 49,440 watts/hour from 185,250, and the cost per year has dropped 72% to just under $45,000. When evaluating the project over a timeframe of 10 years, the Detroit Windsor Tunnel will save an estimated $1.18 million on energy costs.

The project is slated to be completed this month.