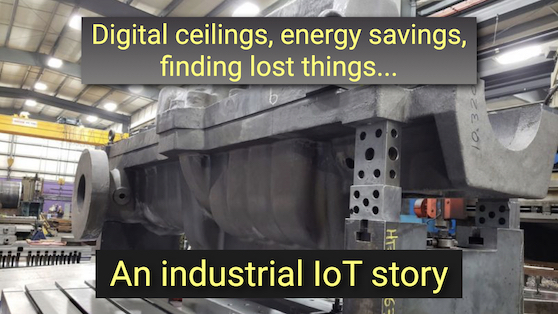 April 21, 2021 – “Internet of things” has certainly become all the rage and, just like “the cloud” was a popular term that had everyone talking a few years ago, “industrial IoT” has become a hot topic.

Unfortunately, because of all the hype, a lot of technology companies are trying to force IoT into their solutions—even when it may not be an appropriate fit. That said, there are numerous pragmatic IoT solutions that can result in massive efficiencies for enterprises.

Look up. Look way up.

Second-generation, family-owned Kodarin Industries (Stoney Creek, Ont.) was established in 1979. It specializes in custom machining services, and is broadly recognized for its ability to tackle industry’s toughest machining, fabricating and equipment maintenance challenges.

You can now add the ability to overcome energy efficiency challenges to their repertoire, as they recently rolled out a project that not only pays for itself, but decreases downtime while increasing cash flow.

Who would have known the path to industrial IoT was via your lighting? To see how this works, let’s examine Kodarin’s smart LED conversion project.

Embarking on an efficiency journey

Kodarin’s owners were on a mission to reduce their facility’s energy consumption, and they knew a lighting upgrade would quickly deliver beneficial results. But they took their time deciding on a solution.

While doing their research, the family faced two dichotomies. First, there was no shortage of companies trying to shoehorn an LED retrofit solution into older, existing lighting using tube retrofit kits (which seemed counterintuitive to Kodarin). Second, on the opposite end of the spectrum, they were introduced to emerging IoT lighting technologies.

These smart LEDs looked great on paper (and were all the buzz), but they had a reputation for failing to meet expectations. 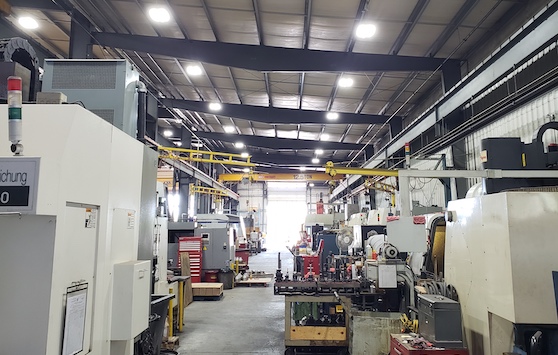 Alex Kodarin was on a quest to seek out an intelligent solution that also delivered on expectations.

Alex Kodarin, company president, knew he wanted something more for their energy efficiency project. “I don’t want to outfit old technology when electricity prices are just going to go up… so there go my savings.” That put him on a quest to seek out an intelligent solution that also delivers on expectations.

When it comes to smart LED technologies, facility managers face a big challenge: those technologies are sold and supported by an existing channel that wasn’t really set up to sell and support them.

Furthermore, the smart LEDs that are promoted by this outdated channel are typically proprietary solutions with subscription software fees (SaaS) and limited or zero third-party product interoperability.

When the existing lighting ecosystem remains unchanged, how will smart LEDs truly advance to their fullest potential?

“I wanted smart LEDs, but I did not want to be tied to a subscription or an SaaS model,” said Kodarin. Here’s what happened on Kodarin’s path to sustainability.

The facility’s existing lighting system consisted of 400W and 324W high-bays, which consumed 122,192 kWh annually. The average illumination on the shop floor was 11 fc.

They were replaced with 24k lumen (160 lm/W) super-efficient, wireless-ready high-bays, with piggy-backing controls embedded in the LED drivers, and connected to a Bluetooth mesh-enabled passive-infrared sensor network.

The same facility now consumes 24,638 kWh of electricity annually for the lighting system—a reduction of over 80%, and 30 kW of peak savings. Additional savings of 30% are realized with a controlled LED solution versus non-controlled. The ROI for the project—verified by Ontario’s Independent Electricity System Operator—is 14 months.

The average illumination on the shop floor has also greatly improved, now sitting at 32 fc.

How the system works

1. Top trim. When the sensors detect that someone has entered an area, the lights corresponding to that location illuminate to a “top trim” setpoint, providing sufficient illumination for the task at hand (typically 60-70% output, depending on the task). Coupled with already-efficient LEDs, this top trim setpoint not only adds to the savings but prolongs LED longevity by lowering heat and stress on the LED chips, further future-proofing the investment.

2. Bottom trim. When a workspace becomes vacant, the lighting goes into “Bottom trim” (a.k.a. standby mode)—typically 10-20%. This provides enough light to keep spaces safely lit; forklift operators don’t have to wait for sensors to detect them when re-entering a space.

3. Off. The lights shut off completely after 30 minutes of vacancy. That length of inactivity usually indicates a truly long vacancy (i.e. end-of-shift).

Lighting as the finder of lost things

After witnessing the controls in action, Alex was impressed. All the unused areas are autonomously tuned and, even at standby mode (10%), the facility is pretty darn bright. He was seeing the savings before his eyes in real time.

During a routine walkthrough, Alex noticed one of his operations come to a halt because certain tooling wasn’t readily available. “It’s a pretty large facility,” he said, a little dismayed. “Things get lost, sometimes.”

This just opened the door to larger possibilities. 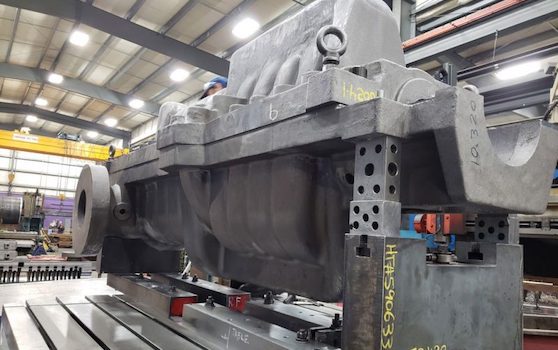 “Alex, now that you have these intelligent lights, why don’t you let them find those lost things?” I said.

“What? They can do that?” asked Alex incredulously, and the case for an industrial IoT solution was born.

We purchased readily available, open standard, battery-powered asset tags that are picked up by the Bluetooth mesh network. The tags report to the lighting’s sensors, and the system triangulates an asset’s last known standby position, and reports its coordinates.

Workers can check their app dashboard to get an approximate location for that asset (e.g. tooling dies) within 3 metres. Bluetooth beacons could be added to the facility for even greater accuracy.

Kodarin is exploring the possibility of expanding the capabilities of its new “digital ceiling” infrastructure; for example, by using data to prevent or minimize downtime. Rather than just use the technology to help save time while hunting for tools, the ceiling could be used to, say, track the run-time hours of non-lighting equipment. This information could to provide valuable insights into equipment maintenance needs and scheduling.

Start your own IoT journey

A typical non-controlled LED light source saves 40-50% of power as compared to fluorescent; even more compared to metal halide. That’s a great start.

But when you supplement an LED’s inherent energy efficiency with wireless intelligence, you augment your savings, add longevity, and ensure the best-case life-cycle costing.

Smart LED costs are not as prohibitive as you may think, and they’re not a pipe dream for operations folks any longer. Economies of scale and open standards have led to lower costs, making these technologies the only prudent choice. The ROI plus life-cycle costing makes them a slam dunk.

When selecting a solutions provider, it is important to select someone who is product agnostic.

You also want someone with wireless integration experience. For example, you would not want a butcher performing a surgical procedure; sure, he’s handy with sharp tools, much like a medical surgeon, but there is an enormous disparity in skill set and expertise. The same applies to smart LEDs projects.

When an owner has the vision and fortitude to explore the potential, a smart LED upgrade can easily serve as the launch pad toward a smart industrial building of the future. A typical sustainability project that saves operation costs today can provide you with a digital infrastructure that will accommodate whatever future technologies may bring tomorrow.

Originally trained and licensed as an electrician—then trained as an engineering technologist—George Filtsos, C.Tech., is the president of EcoGrid Technologies Inc., a provider of energy-savings solutions for the industrial and large commercial sectors. Prior to founding EcoGrid, he worked at several multinational companies—such as Rockwell, Siemens, Schneider Electric and ABB—and also served on the R&D board at Leviton Canada for the Commercial Controls division. In 2015, he joined Daintree Networks in California, who were pioneering IoT solutions in the lighting controls space. That company was later sold to GE and, in time, George returned to Canada and launched EcoGrid. Visit ecogridtech.com.