March 22, 2019 – MaxLite’s PhotonMax LED spotlight is reportedly the first product to be approved and added by the DesignLights Consortium (DLC) to its horticultural qualified products list. 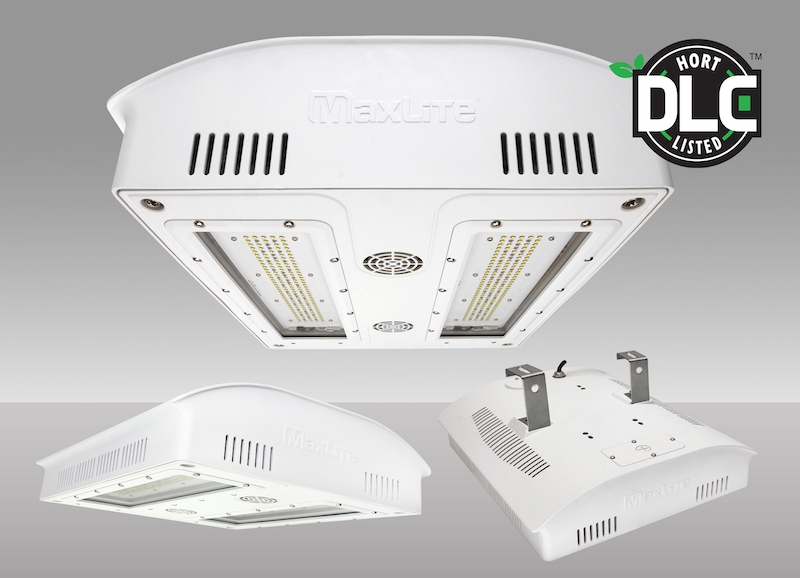 As reported here, DLC developed a first-of-its-kind standard in late 2018 for efficient lighting fixtures for the indoor agricultural industry, addressing the growth of greenhouses, ‘vertical farming’ and legalized cannabis cultivation centres. Eight models of MaxLite’s new line of grow lights—which reportedly use 40 to 50% less energy than conventional 1,000-W high-intensity discharge (HID) light sources—have met this standard and, as a result, are on the qualified list.

“We congratulate MaxLite,” says DLC executive director Christina Halfpenny. “Horticultural lighting represents one of the fastest-growing electric load categories in many regions of North America. There is tremendous opportunity to mitigate that load and capture energy savings for this emerging industry.”

“MaxLite is working closely with utilities to identify and market rebate opportunities that will speed the time for return on investment (ROI) for growers wishing to optimize crop production through advanced lighting,” says Paul Gray, MaxLite’s senior director of horticulture sales.