August 11, 2014 - NB Power—in cooperation with the province’s three municipal electric utilities, Efficiency NB and the provincial government—says it has completed an Electricity Efficiency Plan (download below) that “will help New Brunswick households and businesses lower their electricity consumption and costs while decreasing the impact of energy use on the environment”. 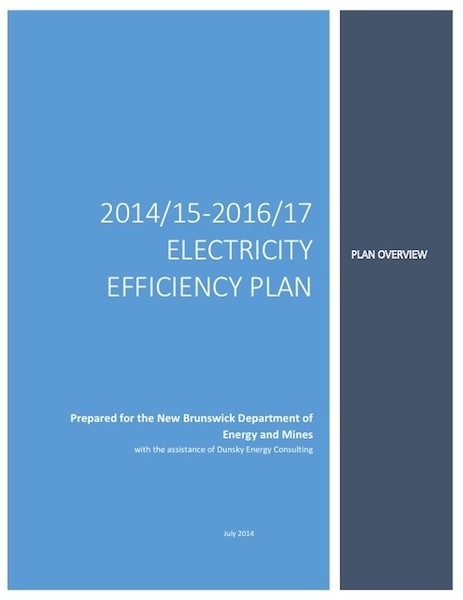 Speaking of the plan, energy and mines minister Craig Leonard said it will “result in significant economic, social and environmental benefits through an overall increase in efficiency spending measures that harness new, innovative energy technologies”.

“It paves the way for the integration of smart grid technologies and demand response programs, which will give customers more control over their electricity use and monthly power bills, as well as put more green energy on the grid while using less energy overall,” said NB Power president and CEO Gaetan Thomas.

The Electricity Efficiency Plan will also offer $18 million in incentives to New Brunswick consumers and businesses while generating $54 million of spending in electricity efficiency products and services.