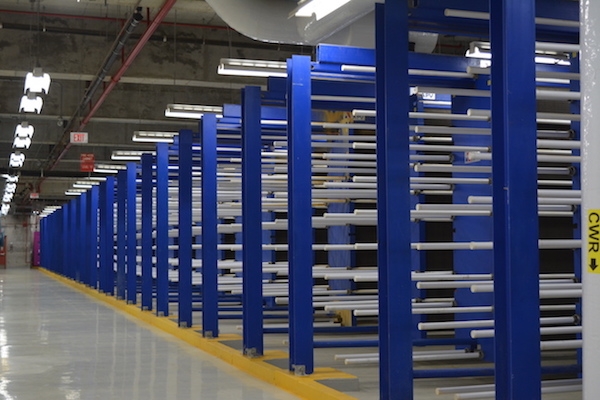 With the support of up to $10 million in federal funding, provided through the Low Carbon Economy Challenge, the expansion will allow Enwave to provide cooling to an additional 2 million sf of floor space, equivalent to 40 to 50 buildings. Its district energy model offers an alternative to traditional—and often expensive—in-building cooling equipment and reduces strain on Toronto’s electricity and water systems.

Participating buildings also benefit from increased reliability and resilience, as they are more likely to maintain cooling in the event of severe weather conditions. The expansion is expected to reduce Toronto’s peak electrical demand by 13 MW and, at the same time, reduce annual water consumption by the equivalent to 113 Olympic-size swimming pools.

“As Toronto grows over the next 20 years, Enwave is committed to making the city more resilient by providing innovative, sustainable heating and cooling,” says Carlyle Coutinho, Enwave’s president and chief operating officer (COO).