January 5, 2017 - Fulham Co., a supplier of lighting components and electronics for commercial and specialty applications, has released a new LED high-bay retrofit kit designed specifically for use in warehouses, hangars, gymnasiums, or any building where 400W HID high-bay lighting is traditionally used. 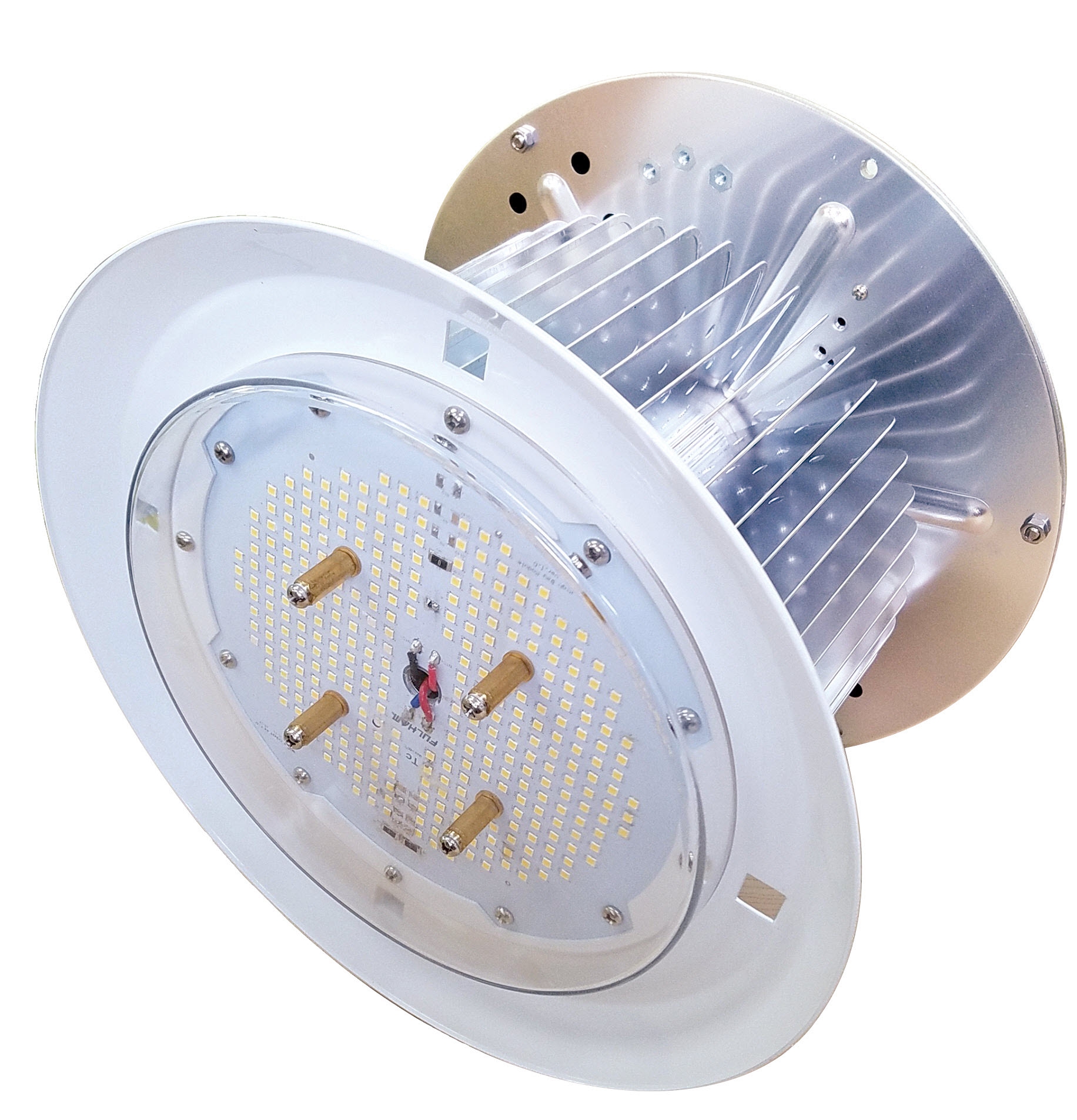 The kit includes an LED driver, lens and the newly released 300W surface-mount LED DC module to deliver energy-savings illumination in a programmable design. The company notes this kit is also DLC listed and UL-classified for field installations.

The kit can fit any acrylic refractor with a diameter of 10 in. to 10.75 in. The surface-mount LED driver is rated for 120V to 277V applications and consumes substantially less power, even 20 per cent less than conventional LEDs while delivering the same brightness, claims Fulham. There also is a built-in heat sink for integrated thermal management.