A groundbreaking ceremony was held one year before the project's scheduled completion. 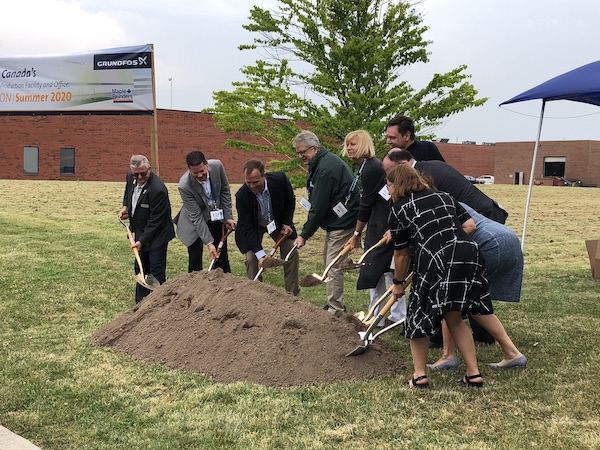 Pump manufacturer Grundfos Canada, whose products include energy- and water-efficient systems for high-rise buildings, broke ground today on a $3.5-million expansion of its facility in Oakville, Ont., scheduled for completion in July 2020.

Maple Reinders is constructing the project, which will increase the existing facility’s warehousing and service capabilities by roughly doubling its size to 48,000 sq ft. The company foresees matching this expansion by doubling the amount of business it does within Canada and creating hundreds of new jobs.

Blueprints show how the facility will be roughly doubled in size.

“This expansion will be a key enabler for our growth,” said Simonetta. 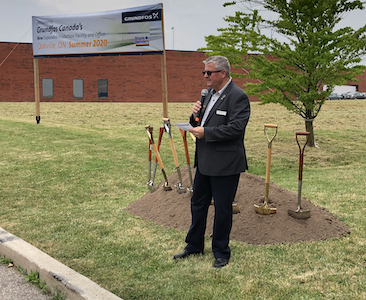 Grundfos entered the Canadian market in 1981 with a small sales office that reported to the U.S. business. A 4,000-sf Canadian distribution centre followed in 1988 in Mississauga, Ont., providing inventory, orders and repairs.

Grundfos Canada was established in 1992 in a leased 12,000-sf distribution facility. It purchased and moved to its current, approximately 23,000-sf Oakville location in 1996 and now employs more than 100 people.