April 19, 2016 - Horizon Utilities Corp. presented a $3.8-million incentive cheque to the City of Hamilton (Ontario) for its recent LED streetlight retrofit program, which is projected to save the city about $800,000 per year in electricity costs. 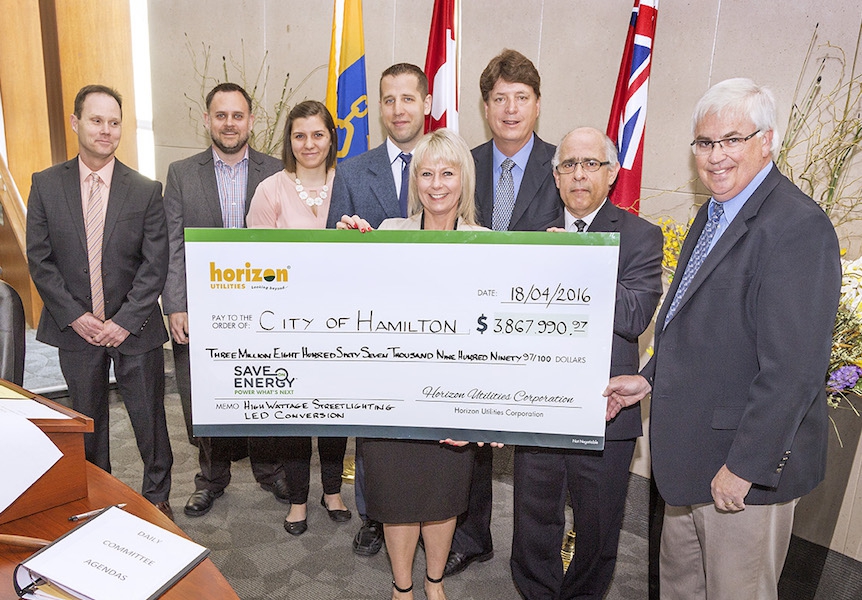 The new lighting system also has adaptive controls, meaning it is able to accept dimming signals that can further reduce energy consumption. The LEDs also promise lower maintenance costs, because the bulbs are designed to illuminate for upwards of 20 years.

The city is the recipient of one of the largest retrofit incentives per light ever granted in Ontario under the Independent Electricity System Operator’s (IESO) saveONenergy program, says Horizon. This program encourages municipal, commercial and industrial customers to implement projects that will use electricity more efficiently while reducing energy costs and emissions.