March 27, 2019 - At last fall's Buildings Show and today's PM Springfest in Toronto, I had the pleasure of presenting an overview of the key building science aspects for why roofs, walls and floors fail. Many such failures have serious implications for energy consumption and, in turn, reduction strategies. 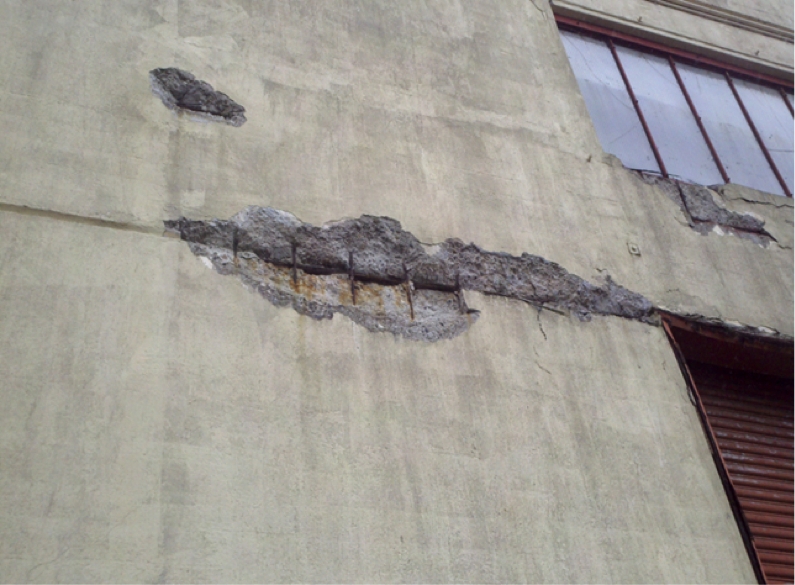 Given how the building envelope comprises all of the various materials and systems that separate the tops, sides and bottoms of indoor environments from the outside world, it is anything but simple. In general, however, all components of the envelope need to perform the following functions, as defined in December 1963 by N.B. Hutcheon in Canadian Building Digest (CBD) 48, Requirements for Exterior Walls:
• Control water penetration, air, vapour and heat flow, light, solar and other radiation, noise and fire.
• Provide strength and rigidity.
• Be durable, esthetically pleasing and economical.

These functions are interrelated. Preventing water penetration is the primary way to ensure the building envelope remains durable and, thus, reduces uncontrolled conductive heat exchanges between indoors and out.

Water ingress can follow the depletion of gaskets and ceiling materials, which dry out over time due to ultraviolet (UV) degradation, allowing moisture to find new routes into a building. Besides windows and doors, sealants in joints can fail over time, such that water is not drained through cavities as it is supposed to. It may be necessary to cover them with silicone sealants, barring the need for complete replacement.

The control of air flow is nearly as important as the control of water to prevent envelope failures—and likely even more effective with respect to energy management. Along with water vapour, air movement around and through the building envelope can bring contaminants, pollution, spores and particles of combustion to places where they are unpleasant, damaging and/or dangerous.

Retrofits of existing buildings often do not pay attention to reduce the amount of air escaping. Caulking is an inexpensive way to augment the building envelope.

When air is emitted intentionally as exhaust, it can take a lot of a building’s heat with it. As such, the addition of heat recovery systems can prevent this problem and reduce the cost of keeping a building comfortably warm for its occupants.

Speaking of moving air around, most occupied buildings use excessive amounts of energy in doing so, for purposes of conditioning (either heating or cooling). Indeed, according to the International Energy Agency’s (IEA’s) 2017 Energy Technology Perspectives report, buildings consume 30% of the world’s energy. This trend has been driven, in part, by our desire to build bigger and bigger structures, without regard to the complete impact of that desire.

Unfortunately, both on a global level and strictly within North America, ‘bigger and bigger’ means more and more consumption of fossil fuels, resulting in climate change effects. While strides have been made in accessing and using cleaner sources of energy, much more still needs to be done.

In this context, such efforts need to refocus on the primary forces that move air around, including wind and barometric changes, temperature stratification and stack effects and mechanical devices. Building designs and automation system retrofits that capitalize on natural air movement and reduce reliance on mechanical overrides have been shown to yield productivity improvements for energy management.

Obviously, some climates and seasons still make mechanical systems necessary for comfortable occupancy. In this regard, both efficiency and energy alternatives are key.

Most ventilation fans, for example, can be powered by DC solar panels and small wind power generators. These same technologies have been popularized recently by electric vehicle (EV) charging stations.

Vapour flow control is number three on the list of building envelope priorities. Most cold-climate buildings achieve this performance requirement by dint of the legislative requirements under which they were constructed.

Vapour condenses on surfaces that are at or below the dew point temperature of the air-and-vapour mixture that encounters them. Condensation may result in either adsorbed or absorbed conditions, both of which will diminish other performance criteria—primarily resistance to heat flow, but also durability and dimensional stability.

The most common of these surfaces are window frames. These areas of condensation can be fixed by adding insulation within window frame covers.

Thermal breaks are a good first step, but their slimness and density only make them slightly better insulators than the metal materials they are ‘breaking.’ Exterior insulation in deeper cap covers should be considered. The diffusion for water vapour through the building envelope can be easily controlled if both water and air movement are handled properly.

The human occupants of a building will always bring vapour in with them, releasing it simply by breathing. Dehumidification systems should be implemented to keep buildings as dry as possible—not only to prevent condensation, but also because moisture-laden air takes more energy to heat or cool.

Controlling heat flow, lighting and solar radiation are the next priorities when it comes to building envelope performance. Keeping the ‘inside’ in—including heating, cooling and conditioning—is key in ensuring energy efficiency.

When the time comes for a retrofit, the order of operations will affect the results. For example, if a building’s boilers and windows are both nearing the end of their useful life, it may make sense to replace the windows first, using coated and tinted materials to reduce conductive heat loss. Then, the building may be able to get by with fewer boilers.

Similar to the aforementioned example of exhaust air taking heat out with it, so too do drain stacks trickle heated water into the surrounding sewers, taking energy out of the building. Much of this heat could instead be retained by wrapping the piping with a run-around coil from the incoming source for the hot water supply, such that some of the exiting heat is reclaimed and, thus, less energy is needed to heat the water in the building.

Ultimately, the biggest challenge with regard to durability, esthetics and economics forming the framework for building envelope performance is these requirements are difficult to reconcile. As with quality, speed and cost, you may choose two at the detriment of the third.

Jon Juffs is director of the condominium/strata group for McIntosh Perry, an engineering firm with offices across Canada. He conducts reserve fund studies, pre-performance and performance audits, failure investigations and property condition assessments. He can be reached at j.juffs@mcintoshperry.com or (289) 319-3144.