October 23, 2015 - The Association of Energy Engineers (AEE) recently handed out its International Awards at the 38th World Energy Engineering Congress to recognize important work being done in the energy sector. 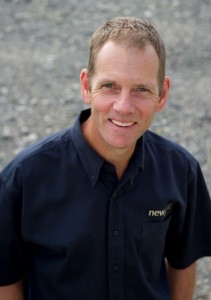 Cooper works with mining company New Gold on its New Afton copper and gold mine near Kamloops, B.C.

“Energy Management is self-sustaining, something that is done by all employees on a day to day basis as part of what we do at New Gold. There’s a high level of energy awareness at New Afton”, Cooper said.

According to CIET, Cooper has established baseline energy performance models for the site, for cost account centres and for Significant Energy Uses (SEU’s), with the information displayed in the RtEMIS (an industrial energy management system). In addition, for each SEU, he has established over-consumption event alarms with specific operator-selected reason codes. Actual avoided energy in 2014 was in excess of 17.8 GWh, equivalent to 7.3% of the total 2013 energy consumption, CIET reported.