January 9, 2015 - FLIR Systems just unveiled its C2, referring to it as the “first full-featured, pocket-sized thermal camera” designed to help professionals find patterns that expose hidden problems, such as sources of energy waste. 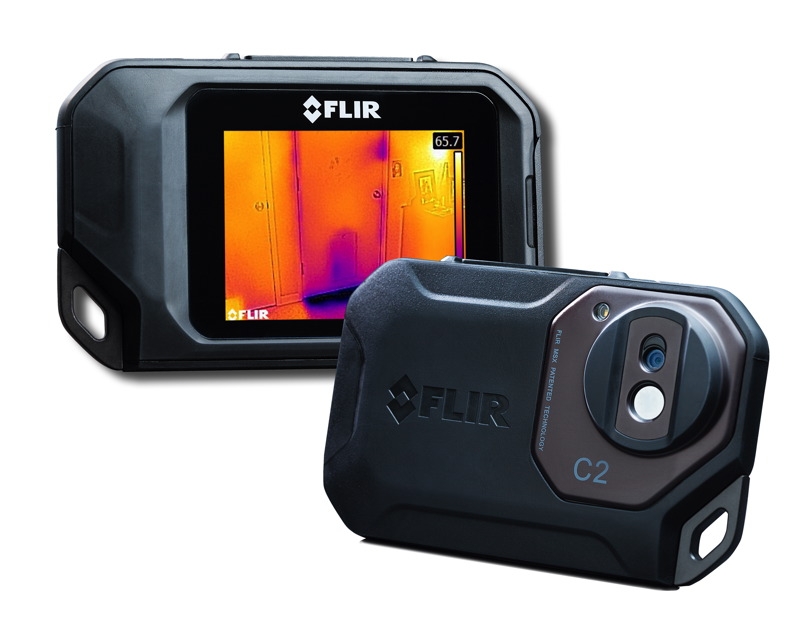 The compact FLIR C2 fits your pocket and features FLIR’s patented MSX real-time image enhancement, as well as a simple touchscreen with auto orientation. (MSX adds details [captured by the onboard visible camera] to the C2’s thermal images so that numbers, letters, texture and other features are recognizable.)

Check out the VIDEO below.

The C2’s 4800-pixel detector captures and displays subtle thermal patterns and small temperature differences, says FLIR, while a 41° field-of-view frames in more of the scene. The C2 also includes a built-in worklight and flash to help illuminate poorly lit areas. The tool can store radiometric JPEGs with the push of a button; images can be downloaded later using free FLIR software that you to adjust thermal image levels, isolate and add temperature measurements, change colour palettes and create reports.