February 29, 2012 - Leviton, a global manufacturer of electrical devices, has promoted John LaMontagne to the position of VP of sales for the company's Lighting Energy Solutions business unit. 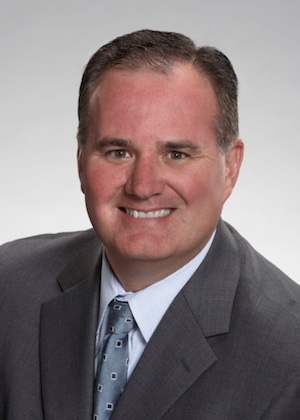 In his new role, LaMontagne will be responsible for the sales and specification of Leviton’s portfolio of lighting systems, metering and energy management products.

LaMontagne most recently served as the director of technical sales for Leviton‘s Lighting Energy Solutions group. He initially joined Leviton in 1994 as a specification engineer working for the Electrical Distribution group.

Here, “he played an integral role in the launch of this group and was instrumental in building Leviton’s commercial and industrial initiatives in the Northeast,” said the company.

LaMontagne then moved to a corporate training position where he continued to develop Leviton’s technical support and training capabilities. In 2001, he was promoted to eastern region sales manager of Lighting Management Systems and spearheaded the growth of this significant energy management initiative, said the company.

“John has a multitude of valuable skills combined with a deep industry background with focused technical training expertise and experience,” said William W. Marshall, Leviton’s senior VP of sales and marketing. “These skillsets will be a key asset as Leviton faces the challenges of an ever-evolving energy solutions marketplace.”