July 9, 2012 - Isabelle Lavoie, of Johnson Controls in Saint-Laurent, Que., has been appointed to ASHRAE's 2012-13 team of officers and directors, where she will act as Region II Director and Regional Chair for a three-year term from 2012-2015. In her role at Johnson Controls, Lavoie serves as branch account manager systems and HVAC for the province of Quebec. 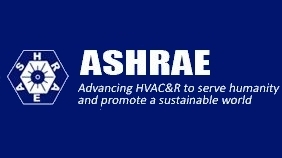 Leading the 2012-13 board of directors is Thomas E. Watson of McQuay International, serving as the new president. His presidential theme is Broadening ASHRAE’s Horizons, which emphasizes the role of ASHRAE members as “leaders in the application of sustainable design and practices in our communities worldwide”.

“Let us build on a strong heritage as a technical society and broaden the application of our technology to serve humanity and promote a sustainable world,” he said. “We must look at broadening our technology, our applications and our people.”