November 25, 2016 - Legrand North America has wrapped up its Energy Marathon 2.0, a company-wide, internal competition designed to save energy through ready-to-implement technology and process changes, and to reshape energy usage behaviors. 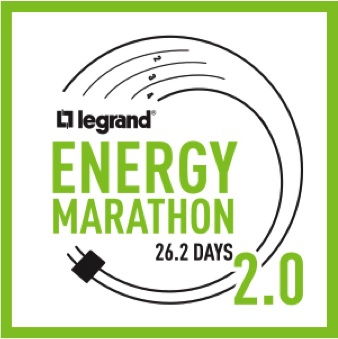 Overall, Legrand reduced its electricity use by 15.9% during the event, compared to a September 2016 baseline. It surpassed Energy Marathon 2014, which, with 18 participating corporate sites, had a total savings of 588,540 kWh and $46,732.00 on electric bills.

Site reduction strategies involved ensuring that machines, lights and other equipment were properly shut down at the end of the work day, as well as re-configuring lighting controls to only illuminate occupied spaces at any given time, and issuing friendly energy waste infractions to fellow co-workers.

Legrand’s Vaughan, Ont. site was the only Canadian location to participate and it saved 4311 kWh, which translated to roughly $646.62, coming in 4th place in the “distribution building” category.