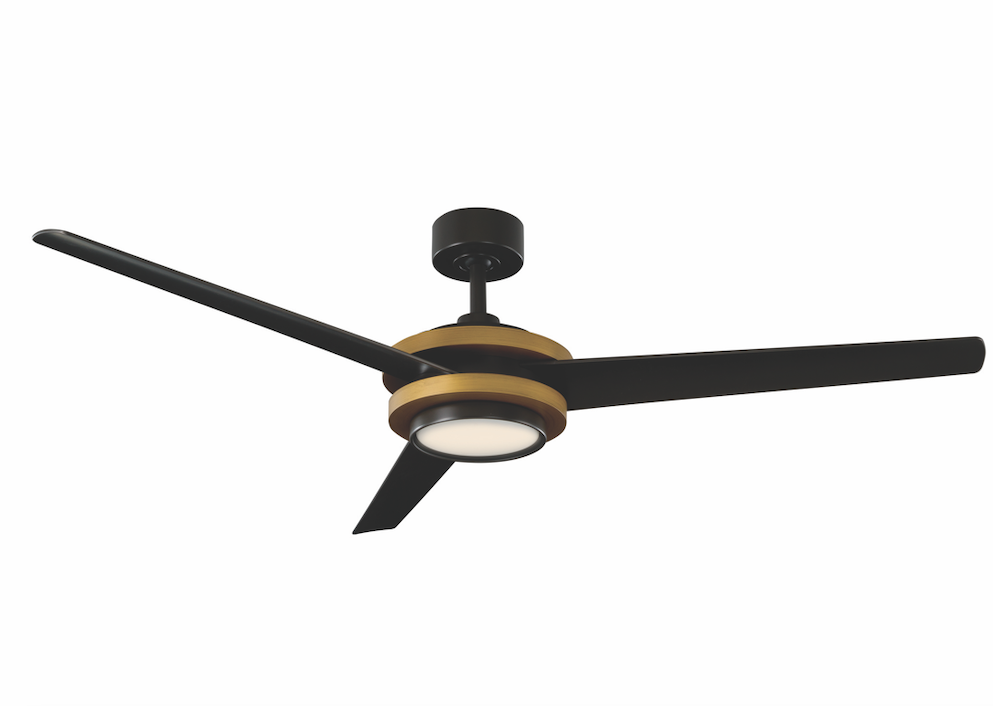 Suitable for both indoor and outdoor use, the Venus Smart Fan is run with the Modern Forms app and can be integrated with other smart devices. It adapts to the user’s behaviour while optimizing schedules to cut down on energy use. The Venus also includes an optional LED luminaire.

The Venus is wet-rated with a scalable RF wall panel for local access and instant everyday control; additional wall controls are available for 3- or 4-way operations. It syncs with the exclusive Modern Forms app via Wi-Fi from anywhere to control fan speed and luminaire, and adapt to the user’s schedule while reducing energy costs. It allows multiple users to securely program the fan, making it suitable for both homeowners and hospitality environments. Patent pending functionalities allow for multiple fans on one circuit.

The smart fan integrates with leading smart home devices and thermostats already in the home, using voice command for energy savings. The devices will turn your fan and luminaire on and off, change speeds, reverse the rotation of the blades and dim the lights on command.

The fan is crafted with aluminum hardware and integrates an LED luminaire that deploys 1600 lumens.