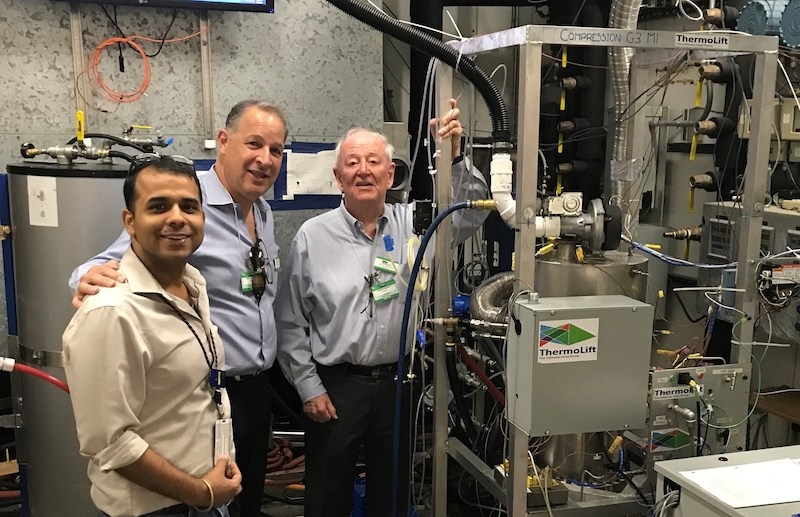 Completed under the auspices of a U.S. Department of Energy (DoE) grant, the ORNL testing demonstrated the system’s ability to provide heating, cooling and hot water simultaneously from a single device, as well as operating at cryogenic temperatures.

The system’s cycle co-efficient of performance (COP) reportedly exceeded all DOE-designated temperature targets for cold-climate heat pumps, based on the international ANSI/AHRI/ASHRAE ISO Testing and Performance Standard. It continued to perform at the most difficult test point, an operating temperature of -25 C (-13 F), with a COP of 1.31.

“The system can maintain performance and energy efficiency across temperature ranges where other systems require a secondary backup device,” says Peter Hofbauer, president and co-founder of ThermoLift.

HVAC reportedly represents approximately 70% of energy consumed in cold climates and, on average, 45% of energy consumed in residential and commercial buildings. ThermoLift claims its new system has the potential to reduce this rate by 30% to 50% and reduce acquisition costs, as energy managers will only need one system where they previously installed three.