June 1, 2012 - A new type of durable, environmentally benign blue pigment discovered at Oregon State University has also been found to have unusual characteristics in reflecting heat; it’s a ‘cool blue’ compound that, say researchers, could become important in new approaches to saving energy in buildings. 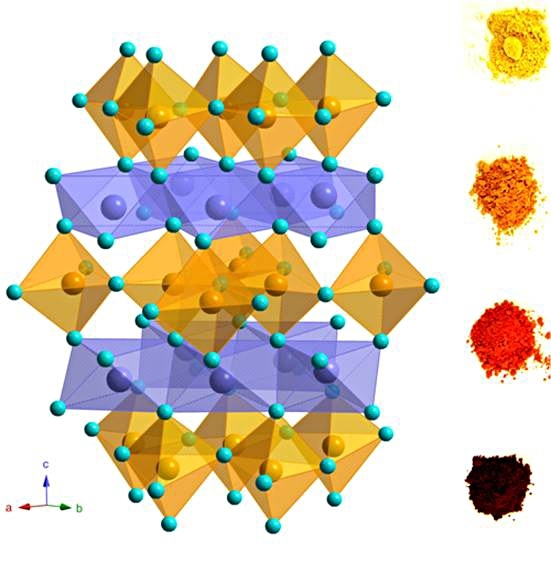 The compound, which has now received patent approval, was discovered about three years ago almost by chance, as OSU scientists were studying some materials for their electrical properties.

Its potential use to help reduce heat absorption on the roofs and walls of buildings adds another role for the material, which is now being considered for various commercial applications.

“This pigment has infrared heat reflectivity of about 40%, which is significantly higher than most blue pigments now being used,” said Mas Subramanian, an OSU professor of chemistry who discovered the compound.

“The more we discover about the pigment, the more interesting it gets,” Subramanian said. “We already knew it had advantages of being more durable, safe and fairly easy to produce. Now it also appears to be a new candidate for energy efficiency.”

‘Cool roofing’, in which paints are used to reflect significant portions of the sun’s heat and, thereby reduce cooling costs, is “an important new trend in energy efficiency and green construction”, experts say. Such reflective coatings can reduce the heat island effect in cities, lower peak energy demand, and reduce air pollution due to lower energy use and power plant emissions.

Research will continue at OSU on the heat reflectance capabilities of the new compound and the underlying molecular structure responsible for it, scientists said.