February 28, 2014 - The U.S. Energy Department today announced new efficiency standards for commercial refrigeration equipment (can we be far behind?). Over the next 30 years, these standards aim to help cut carbon pollution by about 142 million tonnes, and save businesses up to $11.7 billion on their energy bills. 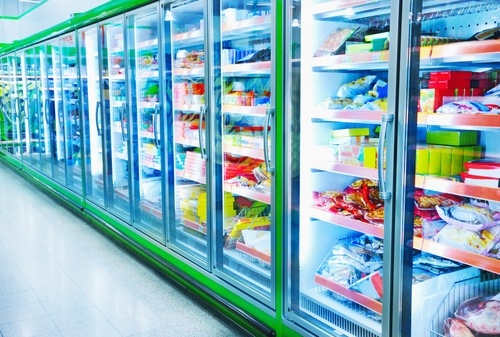 “In our supermarkets and grocery stores, refrigeration can use almost 40% of total energy use, contributing a large portion of these businesses’ utility bills,” noted energy secretary Ernest Moniz. “By improving the energy efficiency of commercial refrigeration equipment—like restaurant-size fridges or the deli case at your local grocery store—we can make our businesses more competitive, reduce greenhouse gas emissions and save money.”

The Energy Department says it has finalized new efficiency standards for more than 30 household and commercial products, including dishwashers, refrigerators and water heaters, which are estimated to save consumers more than $400 billion and cut GHG emissions by 1.9 billion tonnes through 2030.

The efficiency standards established today update the Energy Department’s 2009 standards, and will make the average commercial refrigeration unit about 30% more efficient compared to current standards, says the department, adding that these new standards incorporate feedback from industry, consumer and environmental advocacy groups and other stakeholders, and will go into effect three years after publication in the Federal Register.