November 6, 2015 - Provident Development recently hosted a ribbon-cutting ceremony to celebrate the completion of the first of five homes built in Atlantic Canada as part of a national project that will almost double the amount of Net Zero Energy homes in Canada. Provident notes it is the only homebuilder from Atlantic Canada to be selected for this initiative. 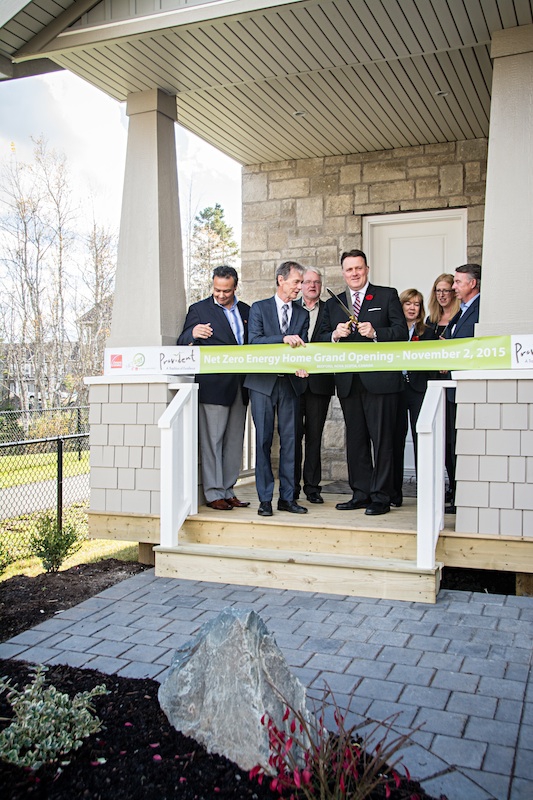 Over $4 million in funding and in-kind contributions from the federal government, Owens Corning Canada, and the building industry will allow for the construction of at least 25 Net Zero Energy homes in four provinces. Net Zero Energy homes generate as much energy as they consume, on an annual basis.

The Net Zero Energy Ready home at 70 Aspenhill Court in Bedford, N.S. aims to demonstrate that these energy-efficient homes can be built using existing technologies and are accessible to the average homebuyer, Provident says.

“We believe that this is the future of the housing industry and look forward to providing input to create net-zero housing that will be sustainable for production building,” said John Greenough, president of Provident Development.

The 2070-sf home, which features three bedrooms plus a lofted den, looks similar to most other newly constructed homes from the outside but boasts: