November 1, 2013 - The BOMA (Building Owners and Managers Association) BESt Energy and Environment Report 2013 reveals that the energy consumption of BOMA BESt buildings are 16% better than the national average. 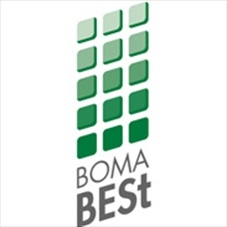 The energy and environmental performance data of 455 buildings, representing close to 100 million-sf of Canadian commercial real estate, was analyzed for the report. All 455 buildings included in the report were assessed and certified using the BOMA BESt framework between January 1 and December 31, 2012.

75% percent of office buildings in the 2012 sample size consume less energy per square foot than the BOMA BESt average of 30.76 ekWh/ft2/yr.

An increasing number of property management firms and government organizations are using BOMA BESt to assess the environmental performance of their buildings, notes the report. At the end of 2012, over 3800 buildings have used the BOMA BESt assessment survey (since the program’s inception in 2005).

“There is growing evidence to suggest that BOMA BESt Program contributes to energy and environmental improvement,” said the association.