October 21, 2014 - About 70% of respondents to Daintree Networks and CoR Advisors’ “State of Building Energy Management Survey” believe that solutions driven by open standards versus proprietary systems can help futureproof their facilities. 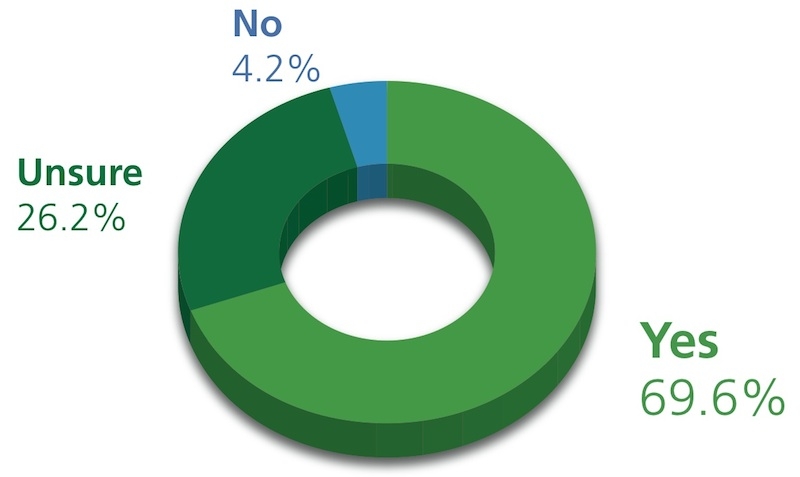 Distributed to building owners, managers and other industry professionals, the survey aimed to gain insight into the state of the industry in terms of both awareness and application of today’s energy management technologies for smart buildings.

“The survey yielded some revelations of great value to the building energy control industry as a whole. Surprisingly, even with energy regulations in place, a large percentage of respondents have no energy management capabilities,” noted Daintree’s CEO Danny Yu. “This provides a clear market opportunity—one that can be pursued intelligently by understanding the survey’s findings on barriers to adoption, such as fast payback models.”

Some other survey results include:

• About 59% believe building energy control/management is a critical component of the ‘Enterprise Internet of Things’ (E-IoT).
• 43% believe the E-IoT will have an effect on how they run their buildings in the next two to three years.
• 60% have no energy monitoring and reporting capabilities.
• 41% were not familiar with the term ‘Internet of Things’ (IoT).

• 30% cited more compelling ROI models/shorter payback as the primary driver for their organization to increase investments in energy efficiency solutions.
• About 63% require two to five years’ payback for energy control solutions.
• 24.1% noted “lack of budget” as the reason they are not using technology to manage buildings’ energy usage today.

• 86.4% see their 2014 budget for energy efficiency technologies and upgrades equalling or exceeding 2013 spending.