GreenQ Partners analyzed natural gas consumption at a commercial bakery in 2013, and this article presents partial simplified results of this analysis. Gas was metered at oven level at uneven monthly billing intervals; production was reported every 28 days; weather data was provided by NASA daily. We visited the Weston Foods bakery to link numbers to actual production procedures and processes. 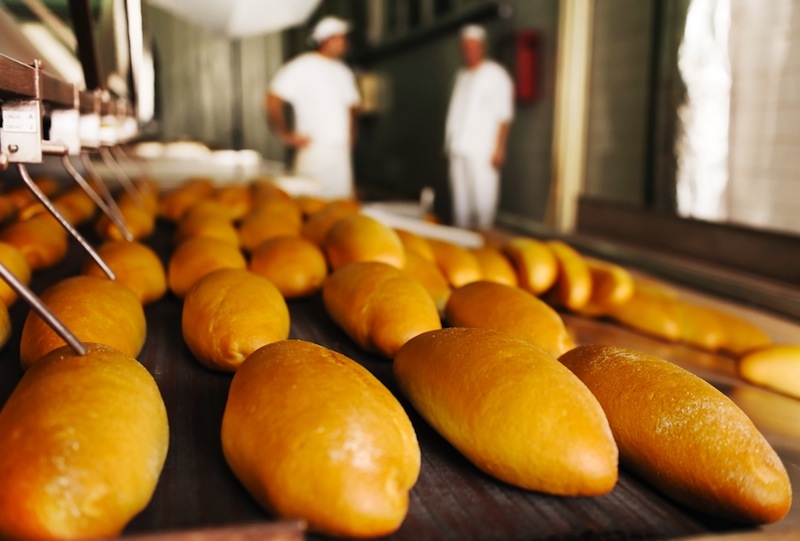 This project had several goals:

Through statistical analysis of data, and in close contact with the client’s operational and energy management, we were able to produce valuable results toward each of these goals.

We started by looking at three years of gas consumption data, and found consumption demonstrated a near perfect correlation with production levels: R^2 is 97% through this period. This indicated no major troubles. (Photo 1)

Nevertheless, deeper analysis revealed a variety of deviations and savings opportunities. For further analysis, 2010 was selected as a base period. A linear model based on this period forecast actual consumption data with R^2 = 98%, though consumption varied substantially between winter and summer (Photo 2).

Similar consumption patterns were observed in later years. Mathematically linking consumption with production was already a breakthrough for costing and budgeting, which previously used constantly changing monthly averages. Further, we used a CUSUM tool to identify deviations from the 2010 baseline. Results are presented on the next graph (Photo 3).

This result was somewhat expected: when we take Winter level as a baseline, then lower per-kg Summer consumption presents ‘savings’ manifested by a negative gain of CUSUM. Surprising was the absence of horizontal periods in winters. More accurate analysis has uncovered creeping growth of Winter consumption year after year. (Photo 4)

These numbers represent the difference between actual and forecast gas consumption. Though they are rounded and approximate, they represent a consistent upward trend in consumption. Assuming that the data is correct, this increase can result from either a change in SKU mix or from equipment efficiency loss. The operations manager indicated the SKU mix has not changed.

These results presented several business benefits to the bakery:

• A statistically reliable consumption forecast can now be used for costing and budgeting instead of “average per-kg gas consumption”, which was unpredictable every month.

• We quantified the difference between Winter and Summer consumption resulting from differences in intake air temperature. This finding provided an economic basis for considering preheating intake air.

• The difference in Summer and Winter non-production gas consumption has invalidated the operational decision to keep oven always On in summer so as to “save gas on reheating”.

A managing partner at GreenQ Partners, Anatoli Naoumov, MBA, MSc, CMVP, has been involved in various areas of business analysis and development for over 15 years for companies in Canada, The Netherlands and Russia. He has been certified as measurement and verification professional (CMVP) by The Association of Energy Engineers (AEE) and The Efficiency Valuation Organization (EVO). He can be reached at anaoumov@greenq.ca . (Opening photo Shutterstock)

Related
What is the payback period for this energy efficiency project?
What to budget for energy conservation? Maybe nothing!
How has 3M Canada cut energy use by 32%?
Future of Power conference discusses economical energy consumption
Tags