February 26, 2015 - The United States Department of Energy’s Oak Ridge National Laboratory (ORNL) and Whirlpool Corporation are collaborating to design a refrigerator they say could cut energy use by up to 40% compared with current models. 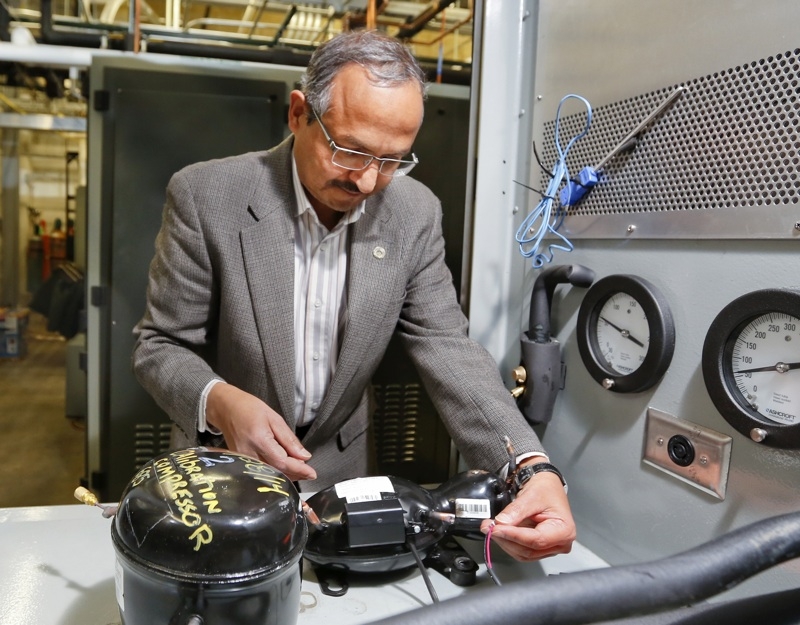 The companies will work together for the next three years to make a next-generation household refrigerator more energy efficient by using Wisemotion, an innovative linear compressor manufactured by Embraco, and other novel technologies and materials.

In the 1970s, the average refrigerator used approximately four to five kilowatt hours (kWh) per day; today’s models average about 1.5 kWh/day. ORNL and Whirlpool want to take it a step further by building a refrigerator that consumes less than one kWh per day.

“If every refrigerator in the U.S. were replaced with the advanced refrigerator design, the projected primary energy savings would be 0.56 quads per year—the equivalent of 100 million barrels of oil,” said Ed Vineyard, director of ORNL’s Building Technologies Research & Integration Center.

The team will redesign a refrigerator to incorporate a linear compressor, which reduces energy losses by continuously matching the compressor pumping rate to the refrigerator’s cooling requirements.

Their plans could cut refrigerator energy use by approximately 40%, which would translate into an estimated $26 savings per year on the average consumer’s electricity bill, stated ORNL.