June 8, 2012 - Partners in Project Green says companies in Pearson Eco-Business Zone reduced electricity and natural gas consumption by 46,500 MWh and 3,000,000 m3, respectively, in 2011. Partners also officially announced the 2012 Partners in Project Green Sustainability Awards, in which there is a strong energy efficiency component. (DOWNLOAD the application below. Winners will be announced at a gala in October.) 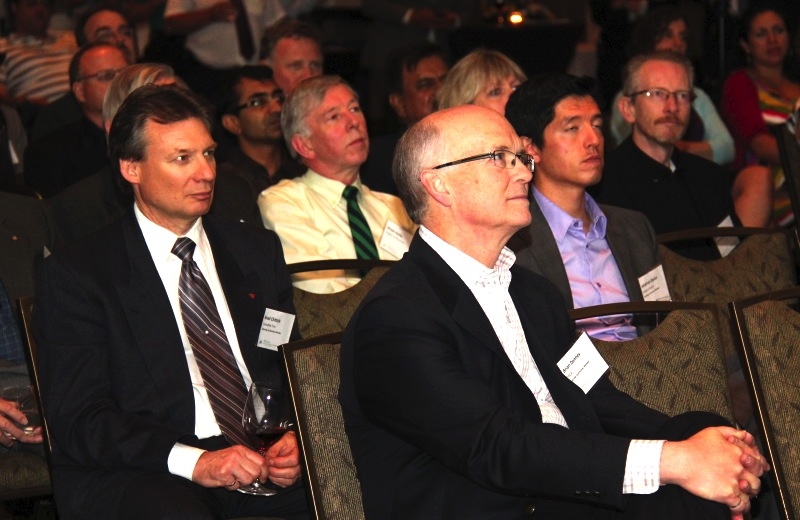 Energy Manager attended Partners’ third annual general meeting last night (CHECK OUT our photos below), where the organization released its 2011 annual report, sharing these and other highlights from companies in the Pearson Eco-Business Zone.

“Partners in Project Green has continued to attract a strong following in the third year since its inception,” says Brian Denney, chief administrative officer for Toronto and Region Conservation (TRCA). “We have seen a growing interest in the program by companies and an active increase in the number of business involved in energy efficiency projects: up to 3527 this year. This has resulted in record amount of electricity and water conserved by local companies.”

Highlights in this year’s report include:

• 3527 companies engaged in energy conservation efforts thanks to the collaboration between Partners in Project Green, Enersource Hydro Mississauga, Hydro One Brampton, Toronto Hydro and Enbridge Gas, reducing electricity consumption by 46,500 MWh and natural gas use by over 3,000,000 m3

• 64,302 MWh of renewable energy was generated and used by businesses in the Pearson Eco-Business Zone through local solar installations and Bullfrog Power’s Green Power Challenge.

Other accomplishments of 2011 include:

CLICK HERE to view a copy of the 2011 annual report.

Partners in Project Green is a community of businesses working to green their bottom line by creating an internationally recognized eco-business zone around Toronto Pearson.