April 10, 2015 - LEDs for recessed and surface-mounted ceiling troffers will be added to BC Hydro's Power Smart Express' list of lighting technologies eligible for incentive starting on April 16, 2015. 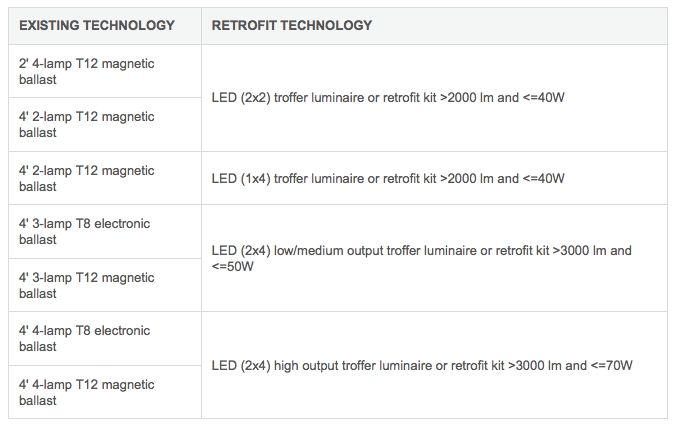 “If you’re using T8 or T12 fluorescent lamps in your ceiling troffers, hard-wired LEDs are now an excellent alternative,” said Power Smart’s Cristian Suvagau. “Not only do hard-wired LED alternatives to T8s and T12s offer energy savings, they also reduce maintenance costs because of an LED luminaire’s long lifetime.

Features, benefits and applications of LEDs in ceiling troffers

Suvagau estimated that close to two billion fluorescent lamps are in use at any given time in North America, and are typically found in office buildings, schools and classrooms, hospitals and banks.

“The adoption potential for LEDs in ceiling troffers is tremendous,” he said. “T12 fluorescent lamps are also slowly being phased out, so now is the right time for customers to consider LEDs as an alternative.”

Energy savings aside, another benefit of LEDs for ceiling troffers is the easy installation, he said, explaining there’s no need to open up the ceiling or cut drywall. A certified electrician should be able to install an LED into a ceiling troffer in a modular ceiling grid or surface-mounted fixture in less than 10 minutes.

Power Smart cites some other benefits of LED ceiling troffers:

• They don’t contain mercury.
• The “modern aesthetic is appealing, suitable for new construction and renovations.”
• They’re designed to direct light “more specifically” to the task area.
• They work well with a variety of lighting controls, including dimmers, timers and occupancy sensors.