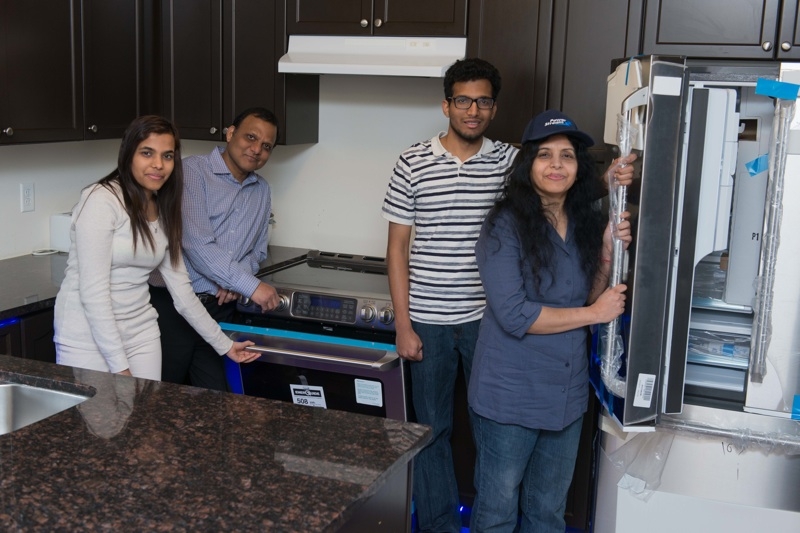 Agrawal’s home has been updated with energy-efficient GE appliances worth $15,000, including a washer and dryer set, refrigerator, stove, microwave oven and dishwasher.

PowerStream’s “Win with peaksaver PLUS” contest was open to anyone who enrolled in the company’s peaksaver program from April to December 2014. This program provided free programmable thermostats and in-home energy display units to customers with central air conditioning, helping to manage their electricity costs.

Over 28,000 PowerStream customers are now participating in program, said the company.

Peaksaver PLUS is funded by the Independent Electricity System Operator (IESO) and was developed to reduce the strain on the electricity grid caused by air conditioners operating at maximum during hot summer days.

PHOTO: Rita Agrawal, pictured here with her family, is the grand prize winner of PowerStream’s “Win with peaksaver PLUS” contest. The Markham resident has received a GE appliance package worth approximately $15,000. (Photo PowerStream.)