October 16, 2018 – According to Hydro-Quebec, the gap in electricity pricing between its province and the rest of North America has only widened, with prices remaining lower in Quebec than anywhere else in the continent. 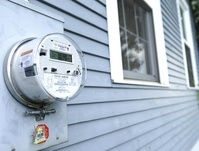 In Montreal, for example, residential customers currently pay 7.13 cents per kWh, compared to 11.42 cents in Vancouver, 13.24 cents in Toronto and 31.52 cents in Boston (all figures in Canadian currency).

The second-lowest residential rate is 9 cents per kWh in Winnipeg, but Manitoba Hydro expects to raise it by nearly 8% in the near future, whereas Hydro-Quebec has filed an application with its province’s ministry of energy requesting an increase of 0.8% for 2019 through 2020.

In a recent comparative study, Montreal came second among large Canadian cities for the lowest rate increases implemented in the past four years. Toronto came in first with a 0.5-cent decrease, but electricity still costs nearly twice as much there as in Montreal.

“Hydro-Quebec is proud to have upheld its commitment to maintain rate hikes below inflation for the past three years,” says Éric Martel, the utility’s president and CEO.