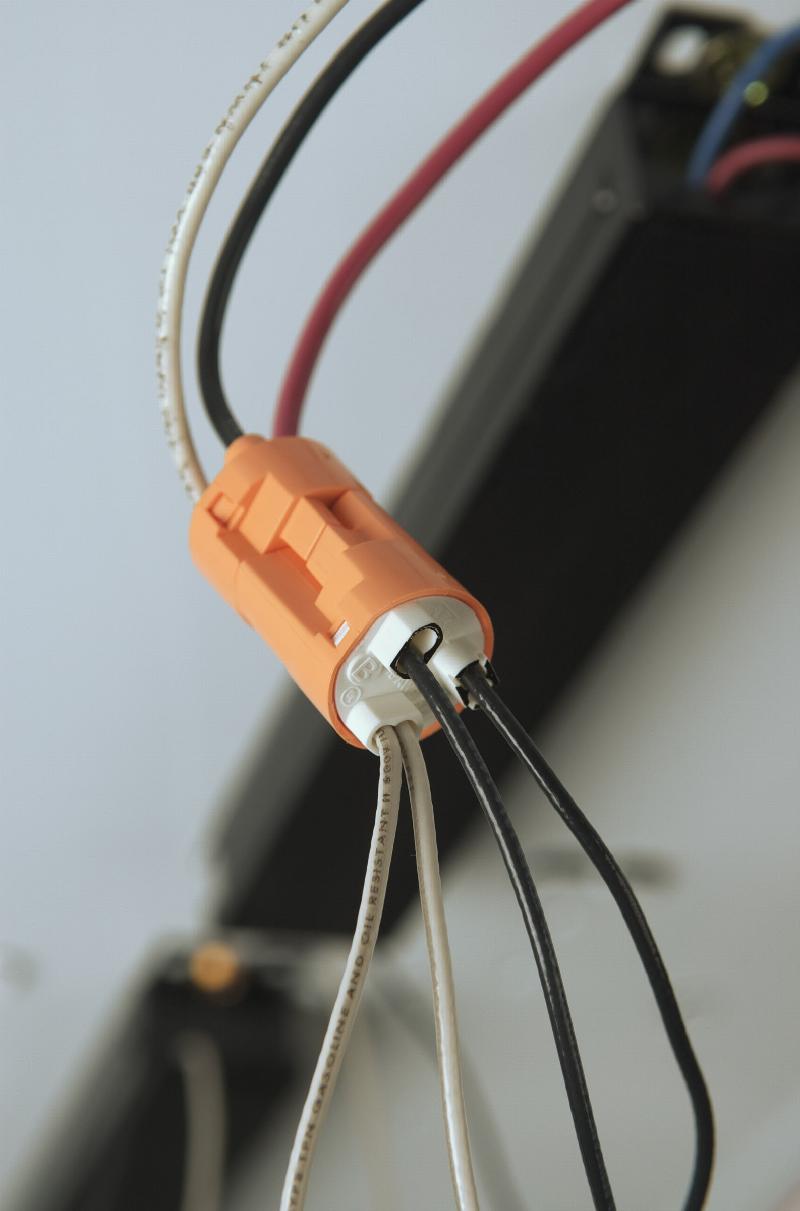 SYCAMORE, IL — As part of its "Get Green With Blue" environmental initiative, IDEAL has launched an improved version of its PowerPlug Luminaire Disconnect designed for energy-saving switching and dimming commercial fluorescent lighting applications.

The new PowerPlug Luminaire Disconnect Model 103 is the only ballast disconnect on the market that allows for a single-connector installation of dual-ballast or dimming fluorescent light fixtures. Rated for 600V/6A, it is also fully compliant with new codes requiring disconnects be installed in fluorescent fixtures to protect electricians from shock while replacing ballasts.

According to Nolan Bello, Product Manager at IDEAL, today’s trend toward energy efficiency has led many government and regulatory agencies to view commercial lighting as an area that can contribute significant improvements: "One important approach that is quickly growing is the use of switching and/or dimming ballasts in commercial fluorescent light fixtures. Switching and dimming applications typically require the use of dual-ballast light fixtures or fixtures whose ballasts have dimming capabilities. To be code-compliant, either of these installations requires the use of a luminaire disconnect like our new PowerPlug Model 103."

The new PowerPlug Luminaire Disconnect Model 103 requires no additional disconnects, wire connectors, pigtails, or associated labor to complete the installation of dual-ballast or dimming fluorescent light fixtures. This time- and money-saving benefit is made possible through the ballast-side ports, which can accept up to two #18 AWG solid conductors per pole.

In addition to this unique feature, the new PowerPlug Model 103 includes the following:

Disconnects Required By NEC Code
The US National Electrical Code (NEC) requires that non-residential fluorescent lighting fixtures must  have power disconnects to safeguard electricians from contact with live voltage while replacing ballasts. In response to this code change (2008 National Electrical Code 410.130 G), IDEAL developed the first generation of PowerPlug Luminaire disconnects in 2007. Once installed, this simple push-in device allowed electricians to remove power from hot and neutral ballast wiring prior to fixture servicing, while at the same time preventing shock or electrocution.