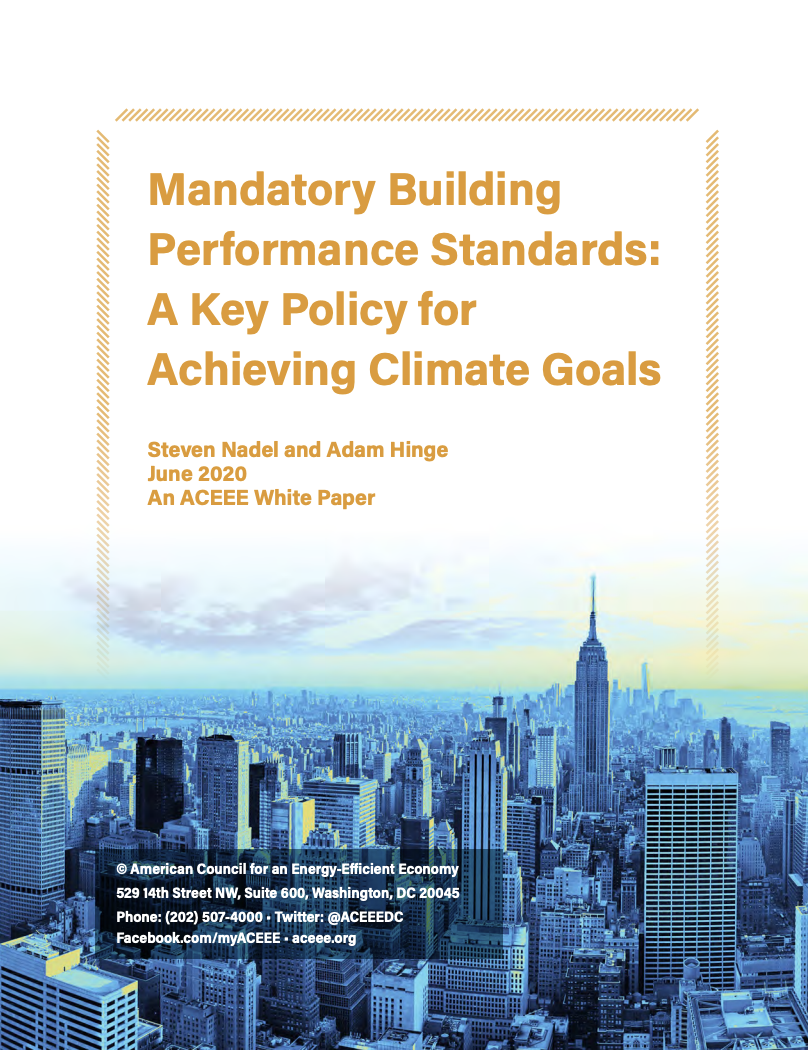 The American Council for an Energy Efficient Economy has issued a white paper entitled “Mandatory Building Performance Standards: A Key Policy for Achieving Climate Goals”.  Although American in focus, the report takes an international view and reviews the rationale for mandatory building performance standards and summarizes steps being taking in local and foreign jurisdictions, including the City of Vancouver.

The white paper notes that existing programs to encourage energy efficiency whole-building retrofits rarely result in the upgrade of more than 1 to 2% of eligible buildings annually. So the writers argue that new and more-aggressive approaches are needed.

The paper outlines existing policies that are in place for high-energy-use commercial and industrial buildings in Tokyo; rental buildings in Boulder, Colorado, and the U.K.; and offices in the Netherlands.

The section on Vancouver notes that before specific targets are developed for residential mandates, the city is planning a variety of foundation-setting steps such as developing a decision-support tool for homeowners and developing the supply chain for heat pumps.

The white paper suggests that new approaches are needed.