November 22, 2017 - Despite decades of improvement in lighting and HVAC equipment efficiency, building energy intensity remains high due to the growing use of personal electronic devices and other electrical equipment in buildings. 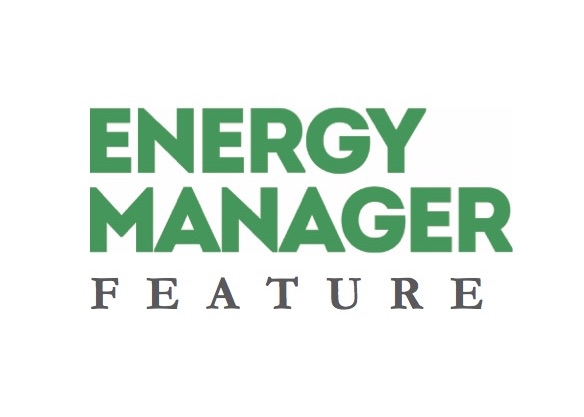 Load control of these end-uses is an underutilized opportunity for improving the overall system efficiency of the building and optimizing energy use. To that end, we need to ask ourselves:

• How can we effectively manage these loads?
• What role can building occupants play?
• What can be done to drive greater awareness and faster adoption of plug load controls?
• How can we leverage a systems approach to better achieve energy efficiency and financial gains?

What are miscellaneous electric loads?
Think about all the devices we use in our homes on a daily basis. The average household has at least seven active devices in use every day. At the top end of the spectrum, 6% of households tuned in with more than 15 active devices—a marked increase over previous years.1 Over the past five years, home roaming via mobile devices jumped from only 9% to almost 30% of home internet traffic across North America.2

Now think about all the devices with which we interact on a daily basis in the office—our workspaces, utility rooms, conference rooms, kitchens and break rooms. Miscellaneous electric loads (MELs) are the electric loads outside of a building’s core functions of heating, ventilation, air-conditioning, lighting, water heating and refrigeration.

Some common MELs include:3

A fully functional office requires many different devices that contribute to exponentially growing loads. In 2011, plug loads accounted for 25% of the total electrical load in a minimally code-compliant office building. In an ultra-efficient office building, plug loads are typically one of the last end uses to be considered for energy conservation and, as a result, can account for more than 50% of the total electrical load.

And these loads are only projected to increase.

By 2030, MELs are projected to account for 43% of building energy use. According to the U.S. Department of Energy’s 2015 “Annual Energy Outlook”, they are expected to equal the combined energy use of all other building end uses by 2035.4

The combination of these new loads and growing floor space means new approaches to system efficiency will be needed to stem overall growth in building energy use.

How can we manage these loads?
The first step toward managing MELs is to identify large equipment and commonly used devices that are inefficiently drawing on loads. An average business is open 2000 hours a year, with some equipment running at full steam for 8000 hours annually. Installing controls and sensors for this equipment is low-hanging fruit for cutting energy consumption.

Equipment and devices that are operating while the business is not raise energy costs and hurt the bottom line. Environmentally conscious landlords know this, and some are taking steps to mitigate these extraneous loads.

For example, the Tower Companies implemented a plug load control experiment at The Millennium Building—a multi-tenant office building in Washington, DC.5 By installing advanced power strips to control unnecessary loads, the building owners were able to determine a majority of savings occurred during non-working hours (late evenings, weekends and holidays). Using occupancy-sensing power strips and timer power strips, they were able to power down inactive connected devices. The results showed a 29% savings for workday evenings and 17% for weekends.

In addition to power strips, hardwired controlled receptacles are another option for managing loads. In new office environments, the hardwire costs are minimal, even with a high amount of plugs. All that is required for controlling loads is a single room controller that covers up to 1000 sf, and a second wire in each of the receptacles. A majority of the control and occupant detection infrastructure is already in the building or space as lighting controls. The ability to do the plug load control becomes an “add on” appendage to this system, providing a shared installation cost.

What role can building occupants play?
Installing controlled receptacles or power strips is useless unless occupants understand their purpose. Plug access falls into the human expectation of their workspace; however, when an occupant knows how something is controlled, they are more likely to accept it when it is automatically turned on or off.

(In our Carlsbad facility, for example, we installed our own plug load control products, and our own employees required education on interacting with the system. Understanding which outlets were controlled was instrumental to employee satisfaction. Simply marking a receptacle is not enough, since it is unlikely an employee will see the outlet under their desk. Ensuring education is conducted early on reduces the risk of one person plugging their computer into the wrong outlet and giving plug load a bad name.)

Driving awareness and faster adoption
Adoption rates of plug load control technology are, unfortunately, very low as most buildings are only driven to install these identification and measurement devices for two reasons: code compliance and energy cost reduction. While code remains the largest driver, it is an imperfect one, as there is no universal adoption of one building code. In some special cases, building owners—driven by a desire to reduce cost—will choose to pursue plug load control.

Residentially, there are very few occurrences of lighting control or automatic shut-off, even though they are readily available in the marketplace. Inspectors and code officials do not fully understand how to enforce or ensure safety. To encourage adoption we need to explore solutions at the building systems level… looking past the performance of individual components to assess all aspects that contribute to the total building load.

This year, the Alliance to Save Energy released a series of recommendations to address systems efficiency in buildings. In its report, “Going beyond zero: A systems efficiency blueprint for building energy optimization and resilience”, there are three strategies for reducing MELs:

1. Energy reduction at the device level by improving device efficiency.
2. Enhanced control of an individual device to reduce standby power.
3. Integration of MEL device controls with system-level sensors and controls, and with other building systems, to optimize building operation.

As our demand for more connected and powered devices increases—along with our demand for zero energy in buildings—we need to develop innovative and efficient solutions for managing our energy needs. To achieve greater efficiency and financial gains, and improve overall building performance, we need to start viewing these diverse components as pieces of a larger connected system. ◊

Tom Lowery is president, Building Control Systems Division, of Legrand North & Central America, and a board member of the Alliance to Save Energy.