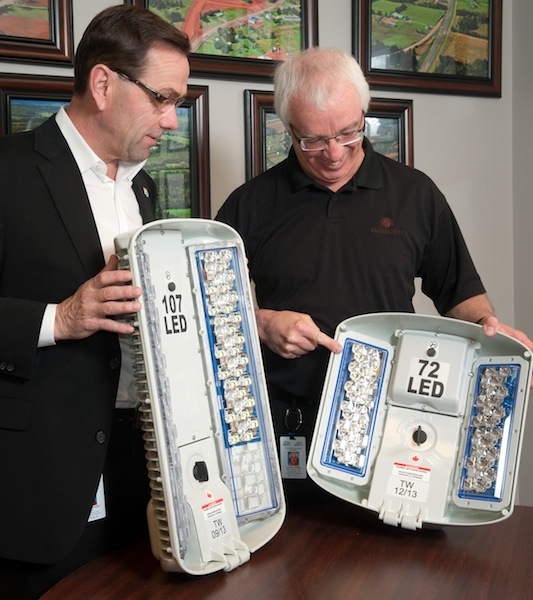 “By switching our existing highway lighting to LEDs, we are seeing a cost savings of about 40% on electricity compared to our older fixtures,” Vessey said.

Work began in 2012 to convert the province’s 1265 highway lights to LED. The most inefficient of the existing low- and high-pressure sodium lights were replaced first; now lights are being converted at all major intersections.

Depending on the amount of light needed, the province uses LED panels that contain 48, 72 or 96 LEDs. The TransCanada Highway realignment between New Haven and Bonshaw uses exclusively LED lighting. Half of all highway lights will be changed over to LED by the end of the current fiscal year in March 2015, and every light in the province should be converted by 2017.