April 2, 2018 - An advanced water heater controller inspired by work at the University of Sherbrooke in Quebec does more than just monitor and measure water temperature in real time: it allows the hot water tank to be managed by the utility in times of high electricity demand while ensuring availability for users. 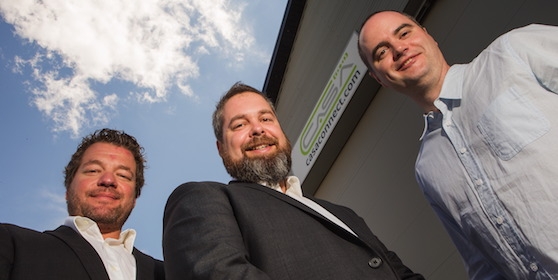 The Triton controller was inspired by an algorithm developed by Philippe Mabilleau, professor at university (now employed at CaSA), and the result of collaboration with NRCan’s CanMetENERGY and CaSA—a company founded in 2014 by Martin Fassier, Patrick Pépin and Louis-Pierre Morin—as well as Giant, a water heater manufacturer.

“Because the CaSA system is aware of the water temperature of the tanks, it is possible for an operator such as Hydro-Quebec to ensure that the water heaters operate in advance, and then close the heating system when they are full, for episodes of high demand while ensuring that the occupants of the house never miss hot water,” explained Martin Fassier, president of CaSA.

CaSA is piloting its technology in 500 Sherbrooke homes. “Water heater shedding programs have been safe for decades in North America and around the world,” added Fassier. “Triton’s technology eliminates any concerns about legionellosis, as safe temperatures can be maintained at all times in water heaters. We are therefore convinced that the results of the pilot project will be very conclusive.”

For now, the device is being installed on existing water heaters, but the next chapter in the collaboration between CaSA and Giant will allow the integration of the device during the manufacturing process.

— With files from Lucie Côté