March 2, 2018 — Researchers from RMIT University in Melbourne, Australia have developed a new ultra-thin coating that responds to heat and cold, opening the door to “smart windows.” 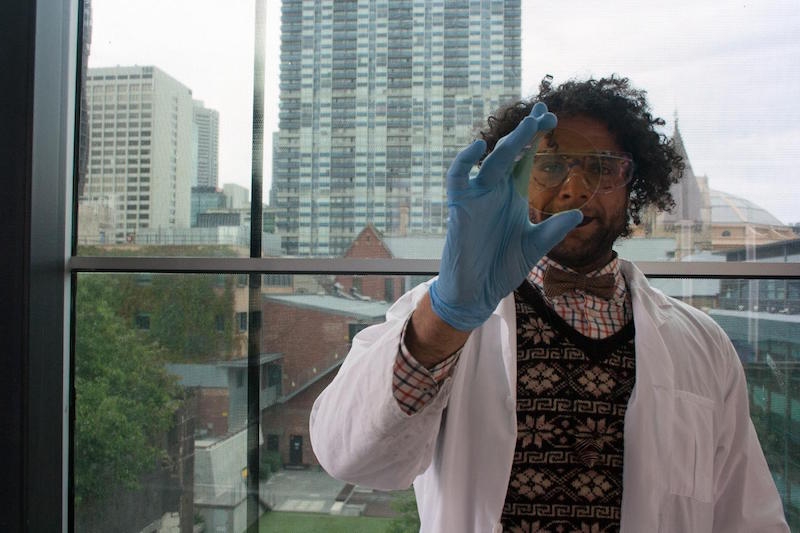 The self-modifying coat, which is 1,000 times thinner than a human hair, works by automatically letting in more heat when it’s cold and blocking the sun’s rays when it’s hot. Made of a material called vanadium dioxide, the coating is 50-150 nanometres thick.

At 67 degrees Celsius, vanadium dioxide transforms from being an insulator into a metal, allowing the coating to turn into a versatile optoelectronic material controlled by and sensitive to light.

The coating stays transparent and clear to the human eye but goes opaque to infrared solar radiation, which is what causes sun-induced heating.

The RMIT researchers developed a way to create and deposit the coating without requiring the creation of specialised layers, which they say has never been done before. This means it can be directly applied to surfaces like glass windows.

“We lose most of our energy in buildings through windows. This makes maintaining buildings at a certain temperature a very wasteful and unavoidable process,” Bhaskaran said. “Our technology will potentially cut the rising costs of air-conditioning and heating, as well as dramatically reduce the carbon footprint of buildings of all sizes.”

Smart windows can naturally regulate temperatures inside a building and are about 70% more energy efficient during summer and 45% more efficient in the winter compared to standard dual-pane glass.

According to Bhaskaran, the Empire State Building used glass that still required some energy to operate. The new coating does not require energy.

Co-researcher and PhD student Mohammad Taha said that while the coating reacts to temperature, it can also be overridden with a switch.

“This switch is similar to a dimmer and can be used to control the level of transparency on the window and therefore the intensity of lighting in a room,” Taha explained. “This means users have total freedom to operate the smart windows on-demand.”

The technology can also be used to control non-harmful radiation that can penetrate plastic and fabrics.

Bhaskaran said the team is looking to roll out the technology as soon as possible. The materials and technology are scalable to large area surfaces. The underlying technology has been filed as a patent in Australia and the U.S.

The research was carried out at RMIT University’s Micro Nano Research Facility with colleagues at the University of Adelaide and supported by the Australian Research Council.