June 5, 2015 - Some of Canada’s top innovators in home energy efficiency were recognized this month at the Scotiabank EcoLiving Awards, winning $75,000 in prize money. 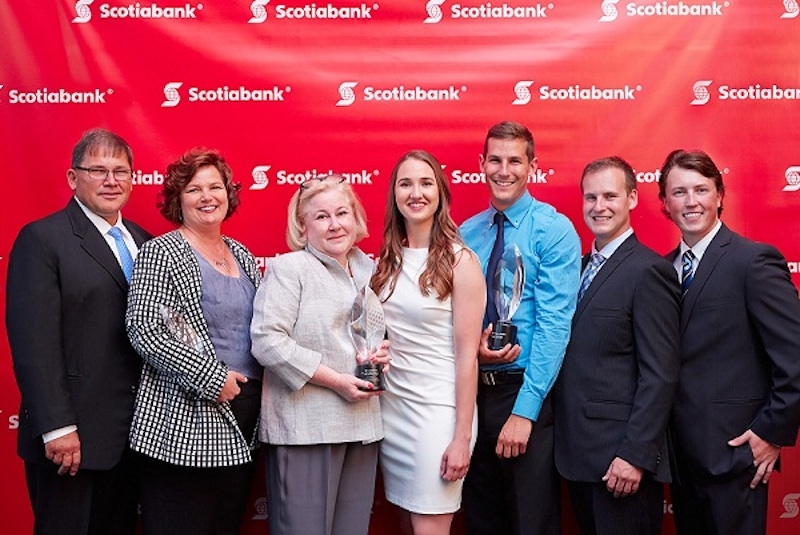 The awards, hosted by Arlene Dickenson, recognize Canadian businesses, entrepreneurs and students for excellence in the development of home energy efficiency products, services and solutions.

The Scotiabank EcoLiving Business Leadership Award ($50,000) went to Diana Livshits with Krumpers Solar Solutions Inc. in Ottawa. Krumpers Solar Blinds, made in Canada for the Canadian climate, are climate control blinds which regulate the temperature of homes.

And the Student Leadership Award ($10,000) was given to University of Guelph students Wesley Romak, Melissa Love, Thomas Marshall and Cody Carey for their Flywheel Electrical Storage System. Flywheel Energy Storage System is an energy storage system for residential homeowners that can be directly integrated with the grid. The system stores energy during low peak hours and converts it back to electricity during high peak hours.

“We want to congratulate this year’s winners of the Scotiabank EcoLiving Awards,” said James O’Sullivan, Scotiabank’s executive vice-president of Global Wealth Management. “This is a truly talented group of entrepreneurs that have used their ingenuity to create solutions that could help change the field of energy conservation. Each is playing an important role in helping Canadians make greener choices in their homes, helping the environment while also saving money by reducing their energy bills.”