October 5, 2018 – EcoDataCenter, a facility developer based in Sweden, has announced it will put the world’s first carbon-positive data centre into operation later this fall. 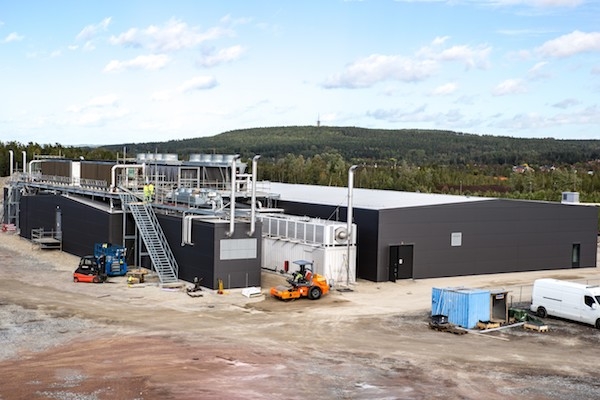 After four years of development efforts, EcoDataCenter has integrated its newest facility in Falun, Sweden, with the surrounding energy infrastructure, so as to reuse the heat generated by its information technology (IT) servers, which must remain cool if they are to function properly. ‘Climate-positive’ means not only will there be no carbon emissions, but also that during operations, the data centre will promote the reduction of total carbon emissions.

Such operations will be achieved by sourcing ‘green’ electricity, directing surplus heat from the centre to local district heating networks and a wood pellet factory and, during the warmer months, using surplus energy from the network to cool the centre. The facility will have a total capacity of 1.9 mW.

Expert research suggests data centres, driven by increased demand for information processing, will consume as much as 20% of the world’s electricity as early as 2025, with two-thirds of that electricity produced from fossil fuel sources. Hence, the deployment of more energy-efficient facilities has gathered momentum.

“The technical design of data centres will be a crucial issue going forward, since it will have a tremendous impact on both the environment and costs,” says Lars Schedin, CEO of EcoDataCenter.

“Interest in the Falun facility is enormous,” says Lars Thunell, chair of the company’s board. “We have had visits from customers around the world, even though it’s not ready yet.”

Sweden’s low energy prices have already made it an attractive market for data centre investment by companies like Google and Facebook, but carbon-positive facilities are expected to strengthen the country’s position in the industry.