It is incomprehensible that production companies leave financial reserves unused in their bank account—and at miserably low credit interest rates—while with just a part of this money they could realize returns of a few 100%. How is this possible? By investing in sustainable energy-saving measures, which begin with the acquisition of measurement and analysis tools. 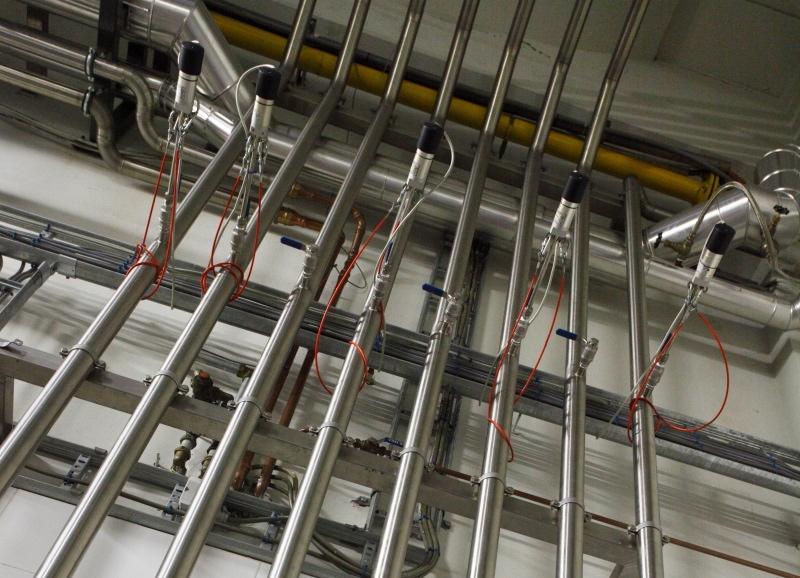 With these, compressed air losses can quickly be rendered visible, which subsequently enables you to make purposeful savings on energy use. It turns out that the costs of generating compressed air can be structurally reduced in many companies… in practice, by as much as 20% to 50%.

Not only is it financially interesting to take a critical look at the compressed air system, but this also fits in very well with energy efficiency obligations in the coming years. The European Energy Efficiency Directive, for example, goes into force on June 5, 2014, which means that large energy customers will be obliged to cut their energy use by 1.5% annually. This measure is supposed to ensure that, in Europe, ambitious energy-saving plans for 2020 will actually be realized.

Compressed air is expensive… very expensive!
Compressed air is used in virtually every production company to drive machinery, move product, clean off packaging material, etc. Compression is an expensive affair: despite improvements over recent decades, 75% of the (electrical) energy consumed is still lost to heat.

Compressed air is one of the most expensive energy carriers—10x to 20x more expensive than electricity—which makes it such a tremendous contender for successful energy savings. This is particularly true in the case of large factories, where there are often five or more compressors but, even when there are only two compressors, the costs are already appreciable… often much higher than many CFOs suspect!

Of the total life cycle cost of a compressed air system, the energy costs account for as much as 75%. The other 25% are the costs of acquisition and maintenance. Worldwide, about 5% of all electrical energy is converted into compressed air. Within industry, this even amounts to 10%. But that can be severely reduced, sometimes by as much as 50%. To achieve this, a systematic approach is required. In this process, we distinguish three phases with compressed air systems, namely: permanent monitoring, leakage management and system optimization.

Monitoring and analysis
Before you can save you must first uncover the savings potential. With a modern energy management system focused on compressed air systems, the system is mapped out and automatic reports can be generated. In the report, the efficiency, total costs and consumption per department are displayed. Subsequently, one can go to work proactively in the order of savings potential, and the results tracked in follow-up reporting.

Staff awareness plays an important role, too. By sharing results with them, their awareness grows and waste decreases. Permanent monitoring and analysis is the first step toward identifying savings and, when possible, maintaining them, so as to ensure those savings are realized year after year.

Leakage management
Leakage management goes beyond tracing leaks and fixing them. It involves a systematic approach with a permanent monitoring system as the starting point. By tracing and repairing leaks, energy savings in the order of dozens of percentage points are often realized.

It is unbelievably simple and, consequently, incomprehensible that nothing is done about this in many companies. It is, sadly, quite ‘normal’ for the compressor to continue running even when all machinery is switched off. (Many compressed air leaks can simply be heard [hissing sound], but there are also leaks that are more difficult to detect. For those, there is special detection equipment, and there are specialized companies that can trace those tricky leaks.)

System optimization
Over time, there can and will be important changes in compressed air usage. Leakage has decreased, production may fluctuate or machinery inventory may have been altered through expansion/modification. Thanks to permanent monitoring, changes are indicated in a timely manner. Subsequently, optimizations can be carried out. In this context, think in terms of changes in the number of compressors or the type of compressor; or maybe reducing the working pressure, because high-pressure machinery may have been replaced—a further energy saving.

One can also think in terms of heat recovery through the exploitation of compression heat for the central heating system. In collaboration with specialists, supplementary improvements can be carried out, resulting in an optimal, cost-effective compressed air system.

Recoupment period and yield
There are few situations in which investments in energy-saving measures are so quickly recouped as with the optimization of compressed air systems. As a case study, we shall discuss a modestly-sized compressed air system with two compressors:

Assuming 10 cents per kWh, the energy costs of this compressor station amount to 125,000 Euros per year. Thanks to the compressed air monitoring system, a large number of leaks became visible, and the maintenance schedule was adjusted.

Subsequently, it was observed that a number of production lines continuously used air during still periods. By turning off the machines during change of product (closing valve), another 5% was additionally saved, or 6250 Euros. The total savings in this example are 25,000 Euro annually. The investment in the measuring and analysis system (about 12,500 Euros) had been recouped within roughly half a year, and there remained more than sufficient budget to invest in repair materials.

Photo 1: The larger the compressed air system, the higher the savings percentages that are achievable. The flow in these pipes is measured with plug-in flow meters. In practice, leakage management and monitoring of compressed air quickly yield tens of thousands of Euros in savings per year.

Photo 2: Via web browser, this app displays the complete compressed air system, from compressor system to end users. Among other things, the system shows when and how much compressed air is used, from which concrete savings possibilities can be distilled.

Photo 3: These compressed air system flow meters are available in various implementations, including plug-in versions and recently introduced in-line versions for mounting between the compressed air or gas pipeline.

AUTHOR
Menno Verbeek is the marketing & sales manager with VPInstruments, and can be reached at menno@vpinstruments.com .