January 24, 2017 - A new energy efficiency report, “Getting it right: A more energy-efficient Alberta” aims to provide the province with a roadmap “for creating jobs, diversifying the economy and saving Albertans money”. 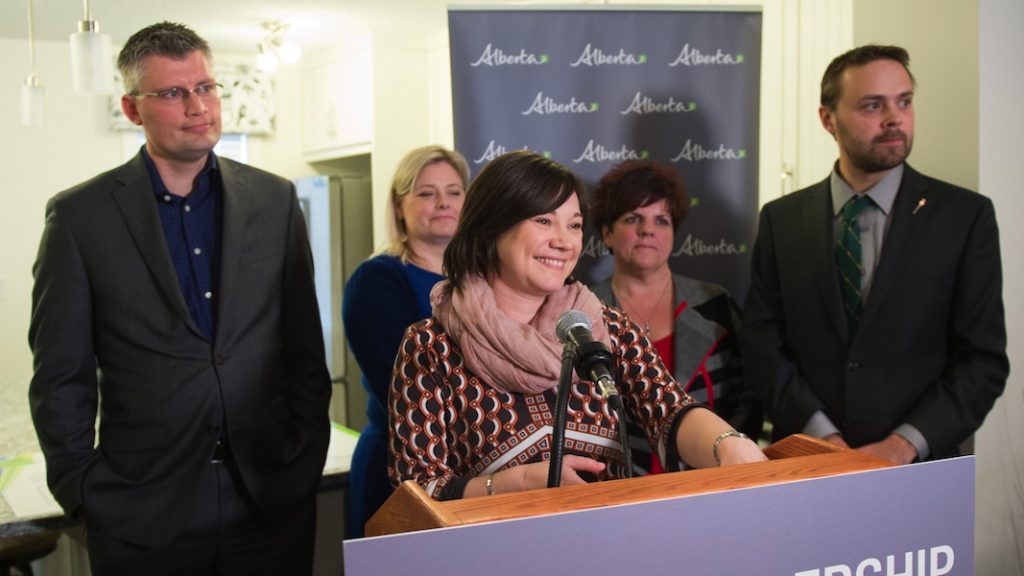 Minister Shannon Phillips (front) with members of the Energy Efficiency Advisory Panel at the release of the panel’s final report. Back row (left to right): panel members Jesse Row

“As Albertans, we pride ourselves on being energy leaders,” said Shannon Phillips, minister of Environment & Parks, and minister responsible for the Climate Change Office. “When it comes to energy efficiency, we should always be leading. That’s what our government has set out to do.”

The report (download PDF below) points to programs like small-scale solar and greater use of energy-saving appliances as ways “to improve the lives of Albertans”. The government points out is now has a long-term energy-efficiency vision, “after years of being the only province in Canada without one”.

Among the report’s recommendations is access to data. Specifically:

10.1 The Panel recommends the Government of Alberta develop mechanisms, including the development of a regulation, to enable Energy Efficiency Alberta to employ user-specific energy consumption data to enhance program design and delivery while maintaining appropriate privacy controls.

Energy efficiency programs will create jobs in construction and energy services, says the government, and grow industries such as solar generation. Revenue from its carbon levy will provide the funds for rebates and incentives for families and communities through energy-saving appliances, solar panels and home and building retrofits.

“This means financial savings for Albertans and Alberta institutions, the creation of thousands of green jobs, and the opportunity for Alberta to turn energy efficiency and community-scale renewable energy development into sources of competitive advantage for the province,” said David Wheeler, chair, Energy Efficiency Advisory Panel.

DOWNLOAD “Getting it Right: A More Energy Efficient Alberta”  (PDF).