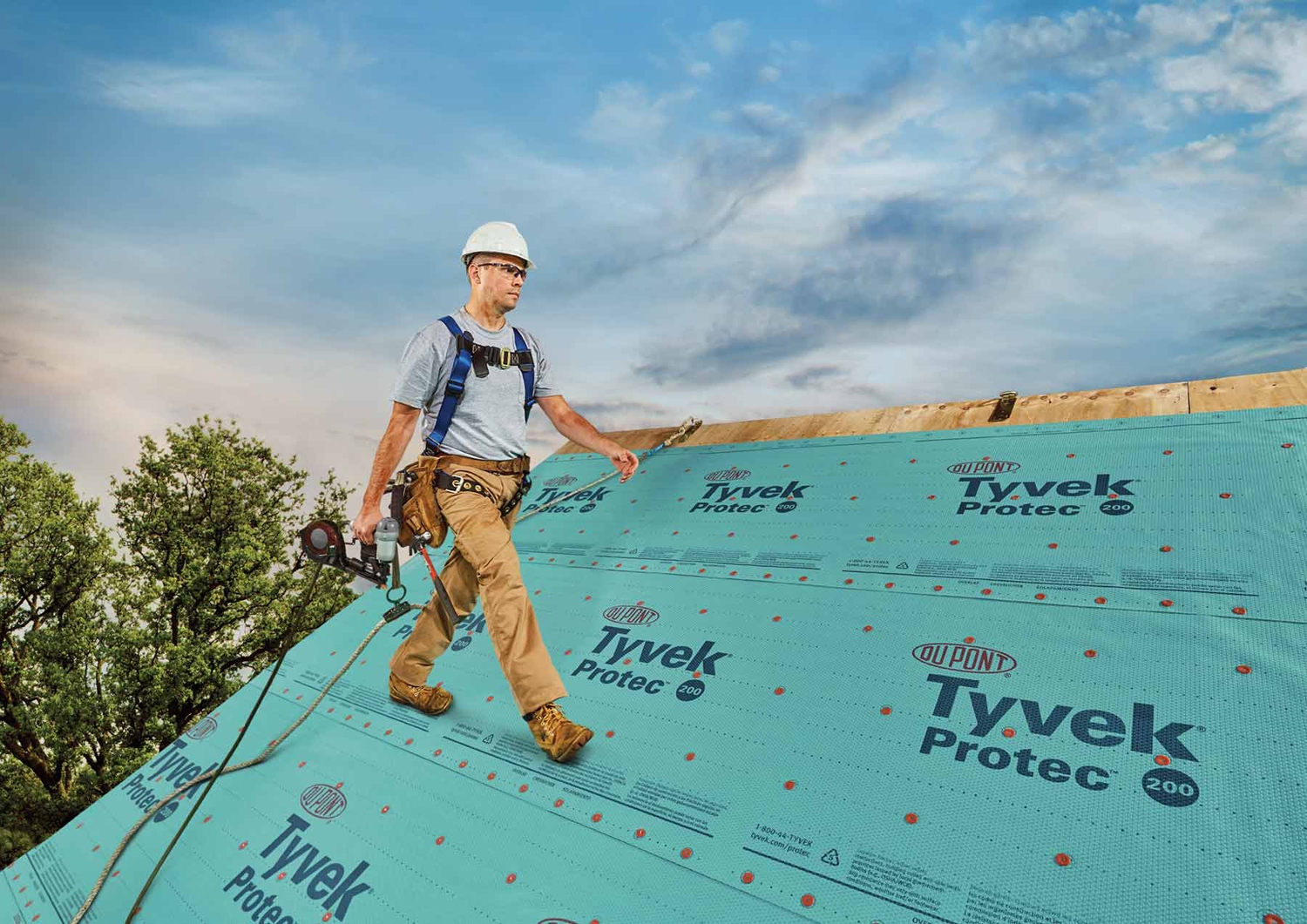 “Lightweight and durable”, Tyvek is breathable, resistant to water, abrasion, bacterial penetration and aging, according to DuPont. Its product family consists of Tyvek HomeWrap, Tyvek CommercialWrap, DuPont Flashing Systems and Tyvek Protec, all for use in the construction industry to create “more comfortable, energy-efficient buildings with fewer chances for moisture damage caused by water build-up”.

According to the company, the history of Tyvek began in 1955 when DuPont researcher Jim White made a chance discovery of a new fiber source.  A program to develop the new material was set up and a year later DuPont submitted a patent proposal for strong yarn linear polyethylene.  It took several more years for research teams to perfect the complex manufacturing process, which was based on the flash-spinning technology invented by DuPont scientist Herbert Blades, the company notes. In 1965, the new engineered sheet structure was registered under the trademark name Tyvek, and two years later DuPont began commercial production.