October 22, 2014 - Ford Motor Company said it is investing in the future by installing LED lighting at manufacturing facilities across the globe, which will “save energy and money while improving safety and lighting quality”. 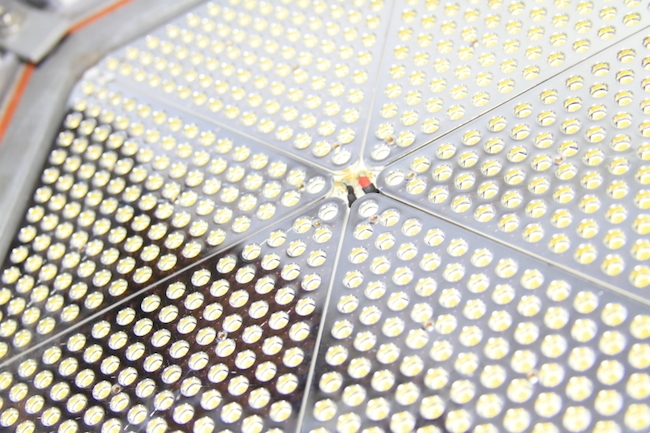 Valued at more than $25 million, 25,000 new fixtures will replace traditional high-intensity discharge (HID) and fluorescent lights, and are expected to reduce Ford’s energy use at manufacturing facilities by 56 million kWh annually. Annual energy costs are expected to be reduced by approximately $7 million.

The need for maintenance will diminish, said the automaker, adding that LED lights improve safety by eliminating hazardous materials in fixtures and lowering fire risks.

“We are extremely pleased to install this leading-edge technology in our manufacturing facilities worldwide,” said John Fleming, executive vice-president, global manufacturing and labour affairs. “This is a long-term investment in our future that highlights our aggressive approach to lead in environmental improvements and achieve operating efficiencies.”

In 2011, Ford embarked on a program to lower its energy use 25% per vehicle produced at its facilities by 2016. The company is well on its way toward meeting that goal, having achieved 20% energy efficiency already, said George Andraos, director of energy and sustainability at Ford Land.

“Moving to LED gives us impressive efficiency improvement,” said Andraos. “Ford worked closely with its scientists and suppliers to investigate and closely follow the rapid development of LED lighting.”

The LED replacement program will continue through the year at 17 manufacturing facilities worldwide, including two Ontario locations: Essex Engine in Windsor, and Oakville Assembly in Oakville.