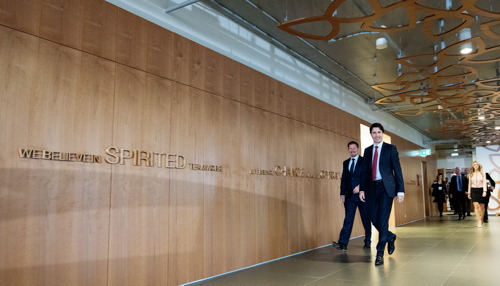 Trudeau's Liberal government has been re-elected with a minority government following a close election.

The election was close with Conservatives winning 122 seats and the popular vote nationwide, followed by the Bloc Quebecois, the NDP and the Green Party of Canada.

“(Canadians) rejected cuts and austerity, and they voted in favour of a progressive agenda and strong action on climate change,” said Prime Minister Justin Trudeau in a speech following his re-election. “We will continue to fight for climate change… and we will keep investing in Canadians.”

According to the Toronto Star, the environment was a top concern for Canadian voters this election, second only to healthcare, with 30 per cent of voters citing climate change as a top concern. According to CBC, nearly 66 per cent or 17.9 million registered voters cast their ballots in this year’s election.

The Liberals’ platform promises to phase out coal power by 2030 and reach net-zero emissions by 2050. They have also pledged to cut taxes in the manufacturing sector by 50 per cent for companies behind zero-emission technology and products.

Since his re-election last night, Trudeau has yet to announce further plans surrounding the implementation of energy-saving and GHG emission reducing legislation.