November 16, 2015 - Unlike dark window films, Liquid Nanotint has the ability to mitigate both radiant and conductive heat, reducing the load on HVAC systems in all climates while allowing buildings to benefit from the natural daylight gain, according to DryWired, the company that produces it. 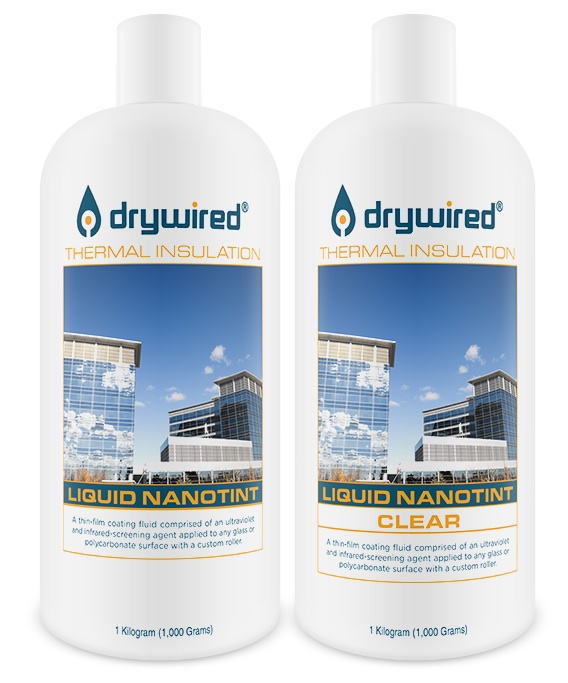 Available in Canada, this new liquid nanotechnology provides a clear, translucent shield against energy loss through the combination of solvent borne tin-oxide based nano-particles and an inorganic adhesive binder. Liquid NanoTint forms a 10-micron thick self-leveling clear coat that bonds directly to glass and polycarbonate surfaces. Unlike conventional window films and tints, Liquid NanoTint will not delaminate, crack, bubble or fade over time, lasting a minimum of 10 years, DryWired says.